To fight other Digimon,


To save Digital World from evil

Garudamon is one of the main heroes in Digimon Adventure, 02 and tri.. Her known attack is Wing Blade. She is the Ultimate form of Birdramon and can digivolve to her mega form Phoenixmon, the Digi-partner of Sora.

In the Japanese version, she is voiced by Atori Shigematsu.

She resembles a giant eagle.

Garudamon debuted when Myotismon made himself known to the DigiDestined. Biyomon, weakened from DemiDevimon's dart, was determined to protect Sora. Sora's refusal to allow her to fight made her realize that she did know what love was and that she felt it for Biyomon and her mom. When Birdramon was hit by Myotismon's "Crimson Lightning Attack", Sora ran towards her shouting, "Birdramon, No, I love you!" This caused her crest to glow and Birdramon was able to digivolve to Garudamon, who managed to stop Myotismon and allowed the other DigiDestined to escape.

Sora used the crest power to free the Digimon Sovereigns, Biyomon lost the power to become Garudamon until three years later, when Azulongmon gave one of his DigiCores to the DigiDestined Digimon. This allowed them to digivolve to their ultimate forms again.

Garudamon appeared this time in Moscow to help the Russian DigiDestined fight against a swarm of Flymon and a stampede of Mammothmon. 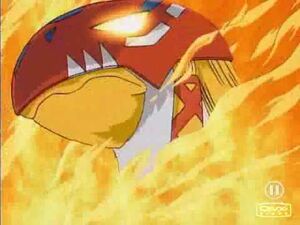 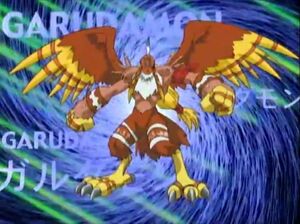 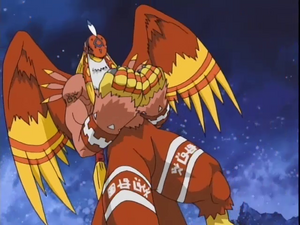 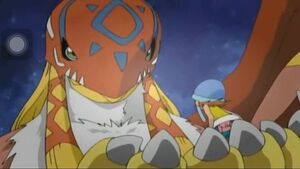 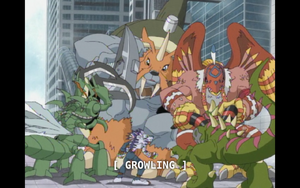 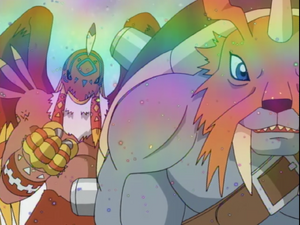 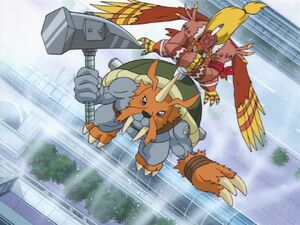 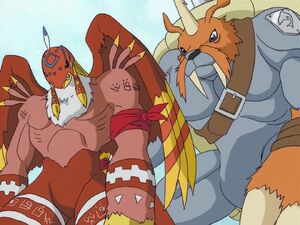 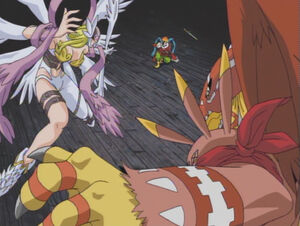 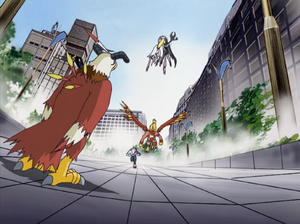 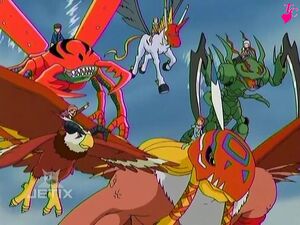 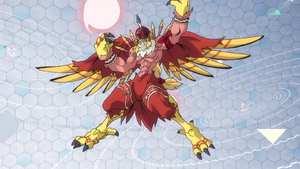 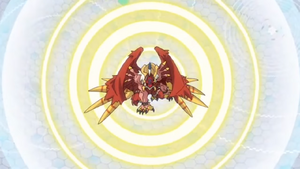 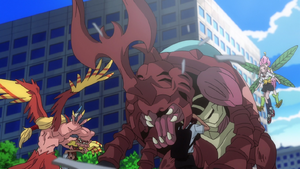 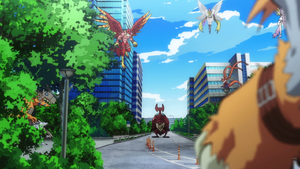 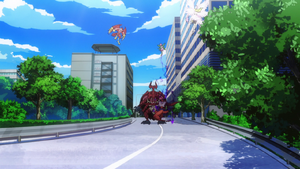 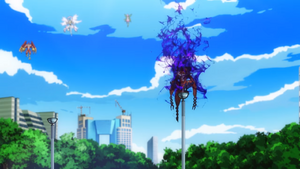