Helping his brother, Scorch, save the universe, playing with his wife and son

Gary Supernova is the main protagonist of the 2013 animated movie Escape From Planet Earth. He is the older brother of Scorch Supernova. He was the head of mission controls at BASA. He had a wife named Kira Supernova and a son named Kip Supernova. He is voiced by Rob Corddry who plays Lou Dorchen from Hot Tub Time Machine.

In many ways Gary is the opposite of his younger brother Scorch. While Scorch is brave, dimwitted, and reckless, Gary is shown to be smart and overprotective. This often lead to him and his brother to clash but besides these traits Gary loves his family as he went to go save Scorch despite them not getting along.

Gary is a bald, skinny alien with blue skin, pointed ears, and orange eyes, with wearing an orange and white suit.

In the beginning of the movie Gary was helping his brother, Scorch, through one of his missions. After helping his younger bother get the babies from the Gnarlachs, however, things go wrong after Scorch keeps entertaining the babies and the Gnarlachs wake up. Gary scolds his brother for not listening to him as earlier he told him there were 1,200 Gnarlachs not 12. When Scorch makes a jump off a cliff, Gary manages to activate the spacesuit's grappling hook.

As his brother comes back Gary with his son Kip were in Mission Command where Kip was causing a little too much trouble. After steering Scorch's ship into the bay while Scorch is believed by his fans, his boss Lena Thackleman appears to him in a giant hologram (much to his annoyance of contacting him in big hologram all the time) told Gary that they got an SOS from the Dark Planet (Earth). While talking to his brother of not jumping to the Dark Planet instantly, Scorch suggested he goes looking up information of the Dark Planet (in reality Scorch was trying to distract him) so Gary did and found out that many aliens including Doc a mouse alien, Thurman a three-eyed slug-like alien, Io a giant cyclops-like alien, and more were sent their to put peace negations but never came back. While reasserting, Gary overheard his son Kip and Scorch making fun of his job and accidently stumble upon them playing with Exploding Tape. After finding out Scorch plan to head to the Dark Planet the brothers got into an argument that caused Gary to quit.

Arriving at home, Gary and Kip watch Scorch's mission on the Dark Planet with Kira. However since things don't go as plan Scorch ends up being captured by Area 51 and General Shanker Saunderson. Kip goes to BASA to rescues Scorch but Gary decided to save his brother, despite their rocky relationship.

Crash landing on "the dark planet" (Earth), Gary follows on and finds himself at 7 Eleven. While there, the 7 Eleven clerks decide to give him a "peace offering" (a slushie). Gary gets a brain freeze and while it blanks out the clerks yelling at him, one says "it's called a 'brain freeze'. You need to learn to sip." But then the same Area 51 troops capture him and knock out Hammer and Hawk the owners of 7 Eleven. After the troops did a brain scan they brought him to General Shanker Saunderson office, where the evil general puts an electric collar on him so Gary can help finish his latest project. After being escorted by 3 Grey Aliens with Telekinesis abilities, Gary meets Doc a mouse alien, Thurman a three-eyed slug-like alien, and Io a giant cyclops-like alien who revels to him that Shanker lures the smartest aliens to earth, locks them up, and forces them to create technology such as the Internet and iPods and then makes deals with Steve Jobs and Apple. After finding Scorch in a cell, Gary reunites with Scorch, but is again annoyed by his conceited behavior. After a food fight in the cafeteria, the aliens make their way to the "Peace Shield", which is an asteroid gun powered by Blubonium which was in Scorch's suit.

After Shanker reveals the Blubonium, Gary unintentionally provokes Scorch into stealing it after stating its dangerous power. While being chased, Scorch destroys the Blubonium, causing Shanker to freeze him and orders Gary to fix the Blubonium, revealing that he plans to destroy all alien planets in the universe with a laser using the Blubonium, thinking all aliens are hostile after a trio of grey aliens' spaceship (accidentally) killed his father in his youth back in 1947. Gary fixes the ray with help from his new friends, but Shanker goes back on his promise and freezes him instead. The other aliens discover Shanker's true intentions when he tries to destroy Baab with the laser, knocking out Shanker's henchmen. It is revealed that Gary rigged the machine to malfunction, destroying itself before it can destroy Baab. With Gary and Scorch released from their icy prisons by the machine alongside the other frozen aliens, the brothers, Doc, Thurman and Io escape Area 51. With help from Hawk and Hammer, Gary and company locate Scorch's spaceship in a trailer park.

However after they get on their ship, US Air Force jets chase Gary's saucer, but Kip guides him through and manages to evade and destroy the jets. However, Shanker, wearing Scorch's robotic suit, uses a tractor beam to stop the ship in midair. Gary and Scorch jump out and manage to get the suit off Shanker which causes them all to plummet. While freefalling, Scorch and Gary reconcile, with Scorch admitting he always looked up to Gary for having a great family. The two embrace before they and an unconscious Shanker are rescued by the grey aliens, who previously helped Shanker due to their guilt of causing his father’s death but turn against him after discovering his true agenda. After Gary knocks out Shanker, the grey aliens take him away to deal with him. Scorch and Gary return to Planet Baab where Gary is reunited with his family. Scorch is greeted as a hero, but gives the credit to his brother. To celebrate his heroism, Scorch marries his girlfriend, anchorwoman Gabby Babblebrook (Sofía Vergara), with Gary, Kira, Kip, Doc, Io, Thurman, Hawk and Hammer in attendance. 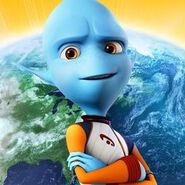 Retrieved from "https://hero.fandom.com/wiki/Gary_Supernova?oldid=2297059"
Community content is available under CC-BY-SA unless otherwise noted.