Prove his worth to Rias and the others.

Gasper Vladi is one of the main characters of the novel and anime series High School DxD. He is a cross-dressing male Transcendent Dhampir, a Vampire with human blood, who has the ability to stop time and Rias Gremory's first Bishop. Because his powers were uncontrolled prior to the series, he was sealed away in the Academy by Rias and was not seen again until Volume 4 of the light novels. He is a first-year student at Kuoh Academy, alongside Koneko.

Gasper is an androgynous-looking male who is around the same age as Koneko with platinum blonde hair and pinkish-violet eyes. His hair is styled in short bob cut with several small fringes over his forehead. Unlike the rest of the boys of Kuoh Academy who wear the boys' uniform, Gasper wears the Kuoh Academy girls' school uniform with thigh-high socks, creating a Zettai Ryōiki (Japanese for "absolute territory").

Originally a coward boy and a shut-in, Gasper likes to wear female clothing, claiming that girls' clothes are cute. He also has a penchant for boxes, carrying one with him all the time. When Issei tried to give Gasper confidence, the former gave Gasper a paper bag to put over the latter's face. However, Issei comments that whenever Gasper puts the paper bag on, the latter looks like a molester. As the series progresses, Gasper starts to get more confident and becomes braver.

While using Forbidden Invade Balor the Beast, Gasper adopts a very different personality. Due to the influence of Balor's personality, this being is both Gasper yet not him, and both Balor yet not Balor. In this form, Gasper is decidedly more aggressive to go with his powers, having darkness devour his opponents either with indifference or pure malice, however, he admits he would never hurt his friends and is still himself to the point he recognizes them as such. He still respectfully calls Issei his senpai and would flat out destroy his enemies if they harm his comrades, such as Issei or Valerie. Gasper's own poor feelings towards the Pure-Blooded Vampires also shines through, with him daring them to show their power against him before proving himself vastly superior to them and eating them.

Gasper is the only son of a vampire lord and a human woman, and thus is hated by many of his own clan, including his stepmother and half-siblings, mainly due to the Vampires discriminating which is stronger than the other races.

During that time, he met Valerie Tepes another Dhampir like himself, when he was imprisoned by the House of Tepes, and the two became friends. Eventually, he attempted to escape from his house and was successful with the help of Valerie. After escaping from his house, he was targeted by Vampire hunters, eventually losing his life. It was around that time Rias found him and took pity on the boy, reincarnating him into a Devil through the use of a Bishop Mutation Piece.

Gasper first appears in Volume 4, after Rias was given permission to unseal him (much to his dismay). He then trains with Issei, Xenovia, and Koneko on how to control his Sacred Gear and with Azazel's advice and Saji's help, improve considerably. During the attack by Khaos Brigade on the leaders of the Three Factions, Gasper was captured and used against his will before being saved by Issei and Rias with Issei using his blood to allow Gasper to control his power as the two of them overpower the female Magicians.

In Volume 5 he accompanies Rias back in the Underworld for the Young Devils Gathering. During the Rating Game between Rias and Sona Sitri, Gasper was the first to be defeated after the Sitri Group, tricked Gasper (who was doing reconnaissance by turning into several bats) into gathering all of his bats together in one place, then used garlic on him.

In Volume 10, Gasper and Xenovia faced off against Misteeta Sabnock and Ladora Buné during the Rating Game between their masters. When Xenovia's ability to hold Durandal was sealed, Gasper sacrificed himself to buy time and allow the curse to deactivate so Xenovia can defeat them. He and the rest of the Occult Research Club members were later seen peeping at Issei who confessed his love to Rias, congratulating Issei who successfully became Rias' boyfriend.

In Volume 11, Gasper goes to the Grigori headquarters to increase his powers.

He returns in Volume 12, disappointed that he gained nothing until he heard about Issei's death from Georg, causing Gasper to undergo a change where he can create a enormous amount of darkness that devours everything (even the mist created by Dimension Lost), which allows him to defeat the latter.

In Volume 14, Gasper receives an order from the Vampire faction to return back home during the negotiation between the Carmilla Faction and the Three Great Powers. Gasper was also shocked to learn that his childhood friend, Valerie Tepes, is now a Longinus possessor. He was later kidnapped by the Khaos Brigade and a group of Stray Magicians after they used a fellow first-year student as a hostage. 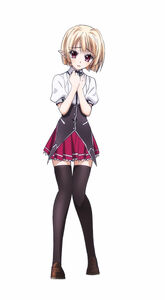 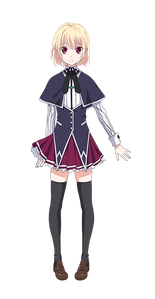 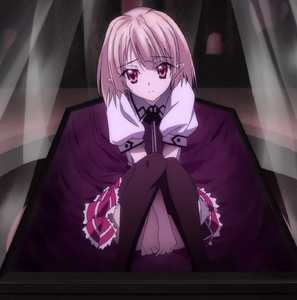 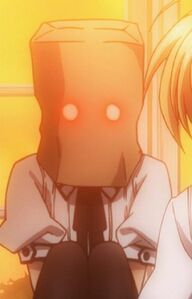 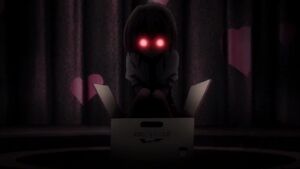 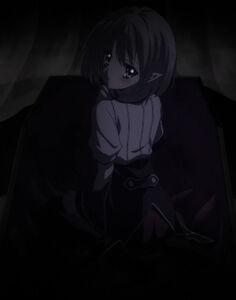 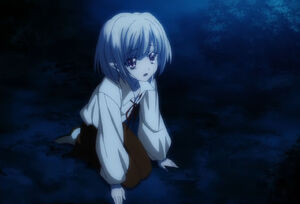 Gasper running from his home 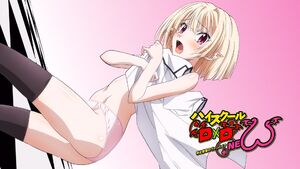