Heroes Wiki
Register
Don't have an account?
Sign In
Advertisement
in: Mature, Rewrite, Type Dependent on Version,
and 29 more

Guard the gate of Eden

The Gate Guardian is a Euclid/Keter class humanoid entity that is one of many potential entities that share the SCP-001 title. It can be viewed as the overarching protagonist of the entire mythos. SCP-001 is the being that prompted the SCP Foundation to exist. He said one word that echoed through the administrator's head, "prepare". It was that one word that made the administrator create the Foundation for an unknown future event, and to contain many other dangerous or helpful entities and anomalies. It has never left its station.

This SCP is based on the story of Adam and Eve. Adam and Eve, being the first two humans in existence, were born in a land that has a tree created by God Himself, and were told not to eat the tree's fruits. It is possible that that tree is among those behind the gate featured in this SCP.

The Gate Guardian is an impossible to contain, colossal entity that stands over 1000 feet in height, with anywhere from 2 to 108, but usually 4, luminous wing like appendages sprouting from its shoulders, back, temples, ankles, and wrists. The guardian wields a weapon described as either a sword or knife also known as SCP-001-2. The weapon can emit flames that rival the heat of the sun but, strangely, causes no damage to the environment around it.

As its name suggests, The Gate Guardian stands, weapon drawn and head bowed, in front of an equally colossal gate through which a pastoral grove can be seen along with multiple other entities that share SCP-001's description. This grove is thought to be the biblical Garden of Eden. The grove contains many fruit trees of unknown species, with two trees of immense size near the groves center. One of them, thought to be the Tree of Knowledge, appears to be an ordinary apple tree while the other, thought to be the Tree of Life, bears a fruit unknown on earth.

SCP-001 can and will annihilate any and all beings, organic or artificial, that pass within a 1 km radius of itself and ignore it's warnings, this is down to the sub-atomic level. The speed at which these attacks happen make it look like SCP-001 barely even moves. Ranged attacks on SCP-001 end with the instant annihilation of all projectiles (including nukes), and attackers no matter where in the world they are. In the case where a D-Class was executed for refusing to ignore SCP-001's warning to leave, all people responsible for the death of the D-Class were immediately annihilated along with their research site.

If real, The Gate Guardian is one of, if not the most powerful being that The Foundation has ever seen.

Not much is known about SCP-001's personality as it rarely interacts with people, and The Foundation rarely interacts with it out of safety. What is known however is that SCP-001 isn't openly hostile, preferring to send a telepathic message such as "FORGET" or "LEAVE" to all living beings who pass within a 1 km radius of itself. When the message is followed, the being will be free to leave, all while forgetting about SCP-001's existence.

It appears to at least care about humanity as a whole, but not as individuals or as groups, as while it inspired the creator of The Foundation to start containing and fighting creatures and entities that would gladly wipe out all life on earth at best and erase the universe at worst, it has no qualms about destroying any one person or group of people who ignore its warnings or, on the very rare occasion, anger it, not seeming to care about collateral damage. 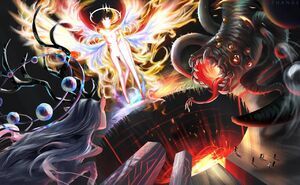 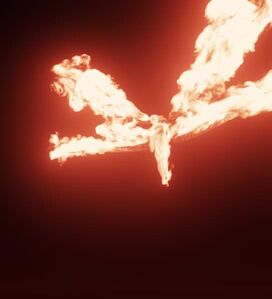 Image of SCP-001 as seen on the official SCP Wiki. 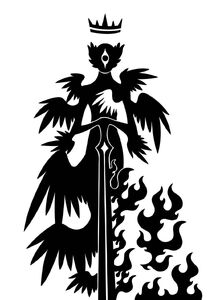 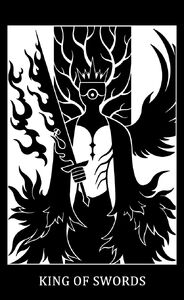 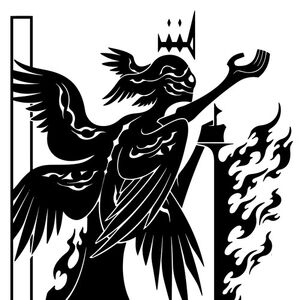