Heroes Wiki
Register
Don't have an account?
Sign In
Advertisement
in: The King of Fighters Heroes, Male, Martial Artists,
and 26 more

Gato is a character from Garou: Mark of the Wolves, who makes an appearance in The King of Fighters series. He is visually based on Retsu Kaioh from the Baki the Grappler manga series.

Gato is a martial artist who trained with his father constantly in his youth. However, when his father mysteriously killed his mother, he decided to abandon everything from his former life in order to get revenge. In his Mark of the Wolves ending, a stranger -believed to be his father- saves Kain R. Heinlein from the crumbling mansion. Gato is blinded by the stranger before he can act, and can do nothing while the stranger mocks him. He apparently loses his sight after the attack.

Gato does not like his team mates at all, as revealed by the ending, in which Gato ditches the other two immediately and tells them off, leaving Yamazaki and Billy to fight. In KOF XI, he is partnered with Bonne Jenet and Tizoc to form the Garou Team. He joined them since B. Jenet said that she had information regarding the whereabouts of his father.

He also immediately leaves them, though presumably on somewhat friendlier terms (he declines their invitation to celebrate).

Gato is ruthless and very serious; he grunts a lot. He cruelly looks down on others and rarely shows respect for them. Even so, he softens slightly before Hotaru's presence. 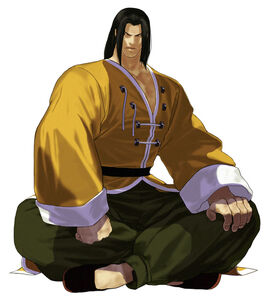 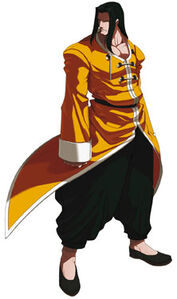 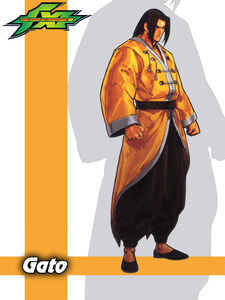