Simon J. Paladino (aka Gazerbeam), is a character from the Disney/Pixar film The Incredibles. He was a superhero from the Superheroes’ golden age and a long time advocate of superhero rights, mostly because he had trouble adjusting to civilian life.

He was the worst in social relations as he can’t focus on something without his laser activating, and so he tries to avoid looking at others; it may not be considered respectful but it’s better than getting disintegrated by mistake.

A reference of him is seen at the start in the movie the toys were seeing.

The Incredibles set: a companion alongside Apogee, Plasmabolt, Dynaguy and Thunderhead. 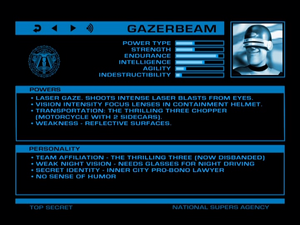 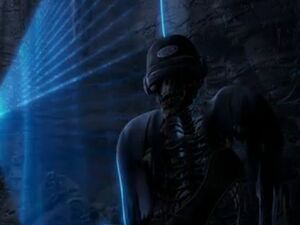 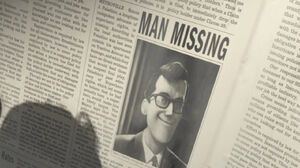 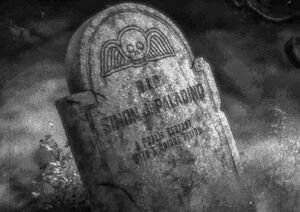 Reference in Toy Story of Terror! 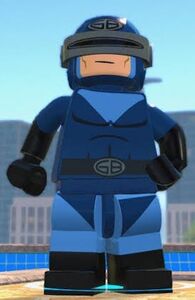