Member of the Resistance

Collecting the power of past Kamen Riders.

Geiz Myoukouin is Kamen Rider Geiz, an anti-hero and the deuteragonist of Kamen Rider Zi-O. He is a Rider who comes from the year 2068 when the world was devastated by the tyrannical rule of Oma Zi-O. He travels to the year 2018 to kill Oma Zi-O past teenager self, Sougo Tokiwa, and prevent the ruined future, but slowly begins to befriend him instead.

It is later revealed by White Woz that in an alternate timeline Geiz defeated Oma Zi-O on the Day of Oma when he was supposed to have arisen in his new form Geiz Revive.

Geiz was later revived and currently lives in 2019 as Keito Myoukouin after Sougo rewrote the timeline.

Geiz was originally a member of the Resistance that fought against Oma Zi-O in the future. After the Resistance was all but wiped out in battle against Oma Zi-O, Geiz traveled back in time to kill Oma Zi-O's past self Sougo Tokiwa before he became Zi-O. However, he was unable to stop Sougo from receiving the Zi-O Ridewatch from Wo and beginning his journey. 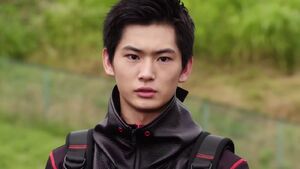 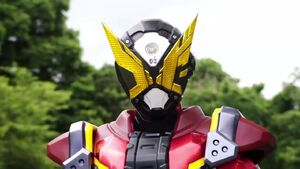 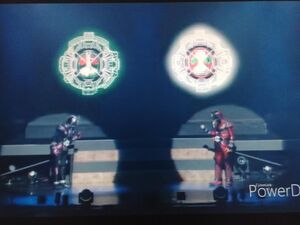 Retrieved from "https://hero.fandom.com/wiki/Geiz_Myoukouin?oldid=1909652"
Community content is available under CC-BY-SA unless otherwise noted.