Prince of the Yamato Tribe

Hanging out with his friends.
Stalking.

Defeat Witch Bandora and restore the peace of earth (succeeded).

Yamato Tribe Prince Geki, also known as TyrannoRanger, is the main protagonist in Kyōryū Sentai Zyuranger. He is the leader of the Zyurangers, and Burai's little brother. He is the known as the "Warrior of Justice". He was 24 years old when Zyuranger began (43 as of Gokaiger, 46 as of Zyuden Sentai Kyoryuger vs. Go-Busters: Dinosaur Great Battle! Farewell, Eternal Friends).

He was portrayed by Yuta Mochizuki.

It is revealed that Geki was really adopted by the Yamato King. After the death of his older brother, Burai, the Dragon Armor and Zyusouken were given to him. When he wears the Dragon Armor, he is called Armed TyrannoRanger, and can generate his power three to five times higher than usual. He is often considered to be a passionate leader with a strong sense of justice, even though there had been very humorous moments.

However, Geki was raised well and deeply loved, but kept ignorant of several facts pertaining to himself. Those facts nearly got him killed when the truth came out.

Faced with the truth and his brother Burai so far into the future, Geki could do nothing else but want to have his brother, and give him peace and the familial love the man had lost, so long ago. And eventually he did win through to Burai's heart, but scant comfort was to be had, for his brother was dying, rapidly.

Losing him was probably worse than leaving his dying people and for a time, Geki nearly broke under strain. But Goushi reminded him that the most important thing of all was to save the future. "If you lose sight of that in your despair, you become an agent of evil if indirectly."

In years later, Geki fought alongside not only his own team, but every single Sentai ranger in existence, against the Empire of Zangyack when it attacked the Earth in the Great Legend War. He was seen along the Bakuryuu Sentai Abaranger team and was using the Armed Tyrannoranger mode to fight off the Zangyack. After fighting against hundreds of Gormin and their Zgormin commanders. Kaijou noticed the fleet moving towards them, he gathered all the Rangers together and gave them the order to sacrifice their powers to wipe out the first invasion's armada. The TyrannoRanger powers are later used by Captain Marvelous via the Ranger Keys.

After the Zangyack's final defeat, Captain Marvelous returned the Ranger Keys to their original owners. Since Goushi got his powers back as he saw the Gokaigers off, Geki, Goushi and their teammates have their powers back.

Geki, alongside his team (bar DragonRanger), was among the majority of the Super Sentai heroes caught up in the "Super Hero Taisen" incident which eventually resulted in the Super Sentai teams and Kamen Riders joining forces to defeat both Dai-Zangyack and Dai-Shocker.

TyrannoRanger appeared as part of a conference of the first 38 Reds led by Red Falcon, whom addressed the Ninningers and Zyuohgers as the greater Super Sentai pantheon intervened to save them from defeat at the hands of the titanic Gillmarda. Empowering the Combination Nin Shuriken to form Wild Tousai Shuriken King, the first 38 Super Sentai further imbued their successors with the power to perform the Zyuoh Ninnin Super Sentai Burst, destroying Gillmarda with the combined power of all 40 Super Sentai. 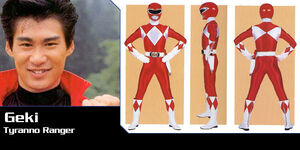 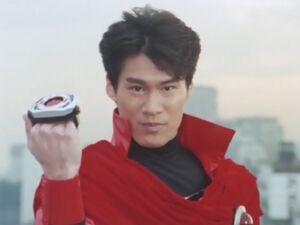 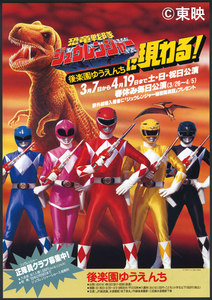 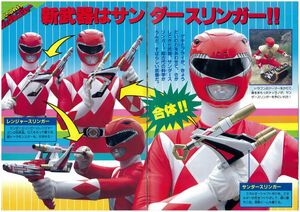 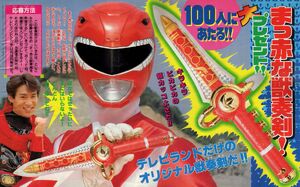 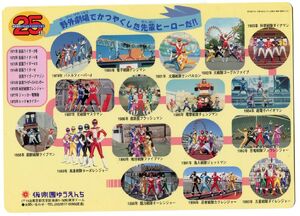 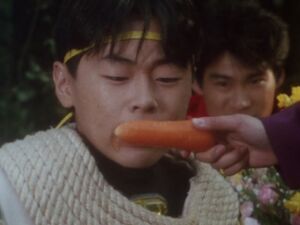 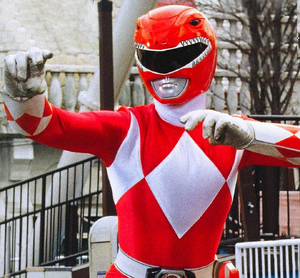 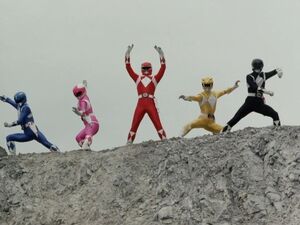 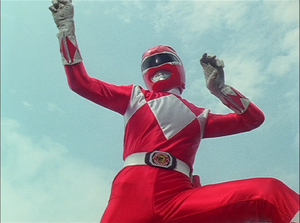 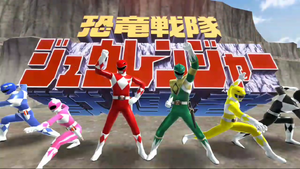 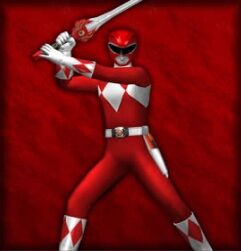 Retrieved from "https://hero.fandom.com/wiki/Geki_(Kyōryū_Sentai_Zyuranger)?oldid=2116806"
Community content is available under CC-BY-SA unless otherwise noted.