Images of the magical Genie from Disney's Aladdin. 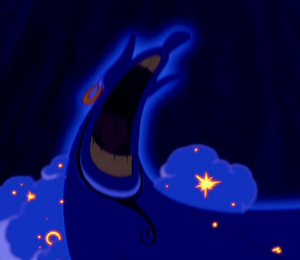 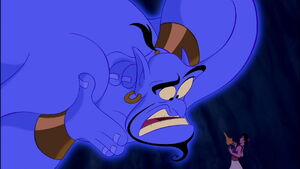 "Ten thousand years will give you such a CRICK IN THE NECK!" 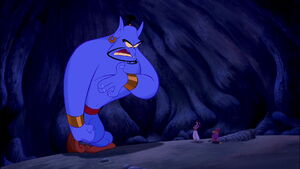 "Excuse me? Are you lookin' at me? Did you rub my lamp? Did you wake me up? Did you bring me here? And all of a sudden, you're walkin' out on me?!" 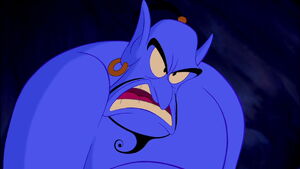 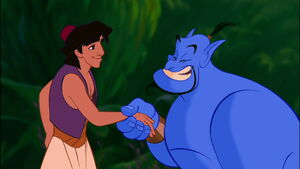 Aladdin and Genie shake hands after Aladdin agrees to set him free after his first two wishes. 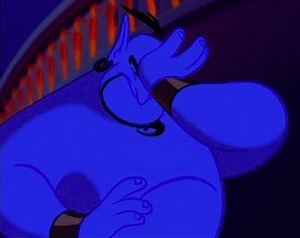 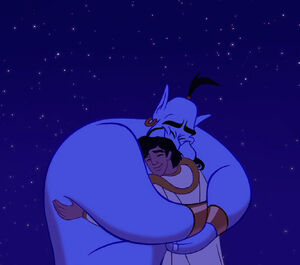 Al thanks Genie for saving him from drowning 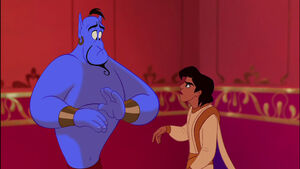 Aladdin argues with Genie over his lies of being a prince, saying he can't set him free. 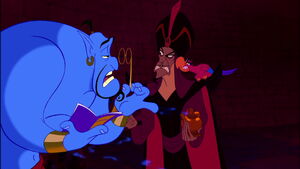 "Tonight, the part of Al will be played by a tall, dark, and sinister, UGLY man." 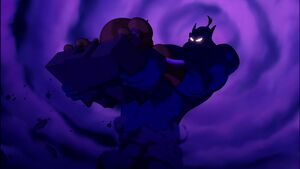 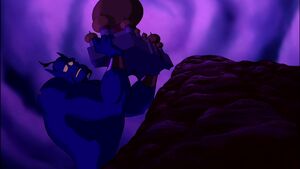 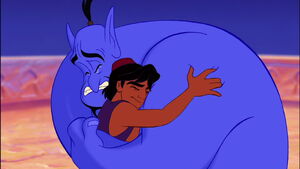 "No matter what happens, you'll always be a prince to me!" 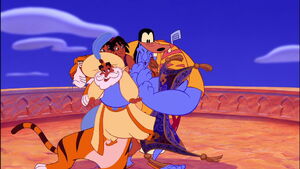 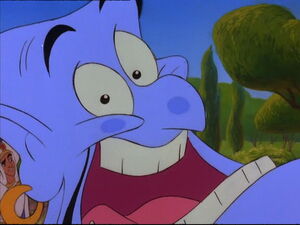 "He's big! He's blue! He's BACK!!" Genie returns from his trip around the world. 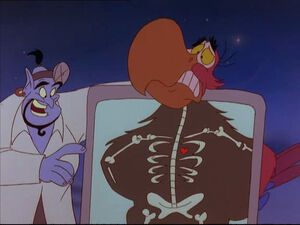 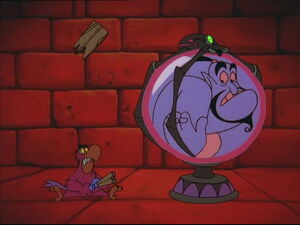 Iago struggles to free Genie from the orb Jafar has trapped him in. 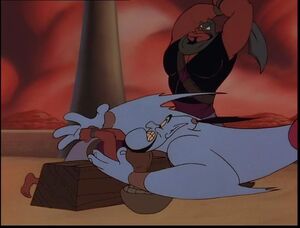 Genie saves Aladdin from being beheaded at the last second! 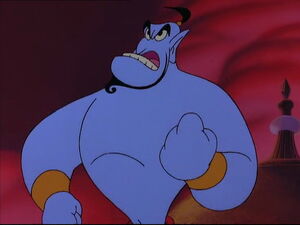 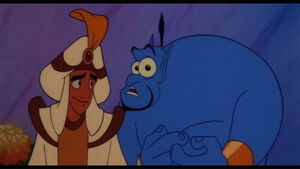 Genie serves as Aladdin's best man for the wedding. 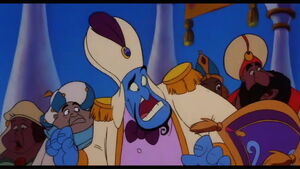 "I thought the earth wasn't supposed to move until the honeymoon!" The wedding pavilion starts shaking violently. 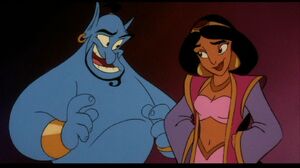 Genie giving Jasmine hilarious impressions, promising that Aladdin will be back from his journey. 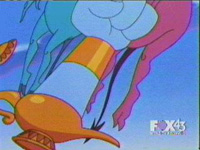 Genie's brief cameo in Hercules and the Arabian Night 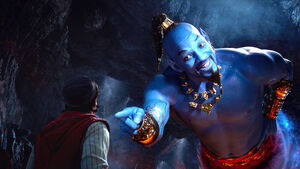 Genie in the 2019 live-action remake.

Lego Genie minifigure.
Add a photo to this gallery
Retrieved from "https://hero.fandom.com/wiki/Genie_(Disney)/Gallery?oldid=1714766"
Community content is available under CC-BY-SA unless otherwise noted.