Disciple of Saitama (auto-proclamed)
Member of the Hero Association

Become as strong as Saitama.


Track down and eliminate the rogue cyborg that killed his family to avenge their deaths.
Help Saitama whenever he needs help (all ongoing)

Speed-o-Sonic
Garou
Dr Genus
House of Evolution
The cyborg who killed his family (arch-nemesis)
Any Saitama's enemy or person who don't treat him with respect and appreciation, Suiryu (formerly, rival in the actuality)
Fubuki (formerly, for keeping annoying Saitama with her offer of him joining to her group)
Tatsumaki
Deep Sea King
Natural Evil Water

Genos, or the Demon Cyborg, is the deuteragonist of the webcomic-turned manga/anime series One Punch Man. He's an S-Class hero of the Hero Association and is the disciple of Saitama, as he seeks to become stronger to kill a rogue cyborg that killed his parents four years ago. He acts as a foil to Saitama in the series.

Genos has the appearance of a 19-year-old boy with a face and hair similiar to that of a human. His entire body is covered in cybornetic enhancements stemming from the damage he took four years prior to the series and his skin is completely artificial. His whole body is made up of silver metallic plating and has an entirely robotic body. His cloths are normal street clothes of a sleeveless white top and black pants as well. His arms are cybernetic and have changed over the course of the series.

Genos was a normal boy that once lived a happy and normal life with his parents.

However, when he was only 15 years old, a crazy cyborg attacked his city and killed everyone, including his parents.

Incredibly, Genos managed to survive the fatal attack, but would have died had Dr. Kuseno not found him in the aftermath, after taking care of him Genos started seeing Dr. Kuseno as a father figure and begged him to turn him into an cyborg so he would be strong enough to take revenge on the cyborg who killed his parents.

Dr kuseno ended up accepting him and turned Genos into a cyborg, Genos would later spend four years tracking the cyborg, destroying multiple monsters and evil organizations in the process, but failed to find the cyborg who killed his parents.

Eventually, his path would bring him across Z-City (Saitama's city), where he would meet the caped baldy and ask him to be his disciple in order to become stronger, starting many new adventures.

In contrast to Saitama, Genos is an extremely serious boy. He constantly strives to become stronger and pesters Saitama to train him frequently. Since becoming Saitama's disciple, Genos is very reverent and protective towards his "teacher", although he does express annoyance and disbelief at the mundane training regimen Saitama used to gain his powers.

Genos is a foil to Saitama in that he takes his fights completely seriously, but often falls short of victory. Despite Saitama telling him all there is to his strength is training, Genos still believes that there is some closely guarded secret that will only reveal itself in time. His discipline actually earns him far more prestige than his actual strength or accomplishments. Though he is an S-Class superhero due to his clout, he is very often under-qualified for the specific tasks such a rank entails.

Over time, Genos comes to respect Saitama as a mentor-like figure dispite the class difference as Saitama continues to prove himself against foe after foe, while Genos still remains the loser in a lot of battles, which Saitama wins with little no effort. Those who disrespectful of Saitama are met with disrespect from Genos for their snubbing of what he sees as a great warrior. Though at-first Genos is almost comically serious, exposure to Saitama's silly attitude eventually gives Genos a health sense of levity.

As a S-Class hero, Genos is undoubtedly a powerful cyborg and fighter. For someone of his age, Genos also has significant battle experience, as he claims to have defeated countless evil entities and organizations before meeting Saitama. His youth and impulsiveness still overcome him on occasion and he remains much less powerful than Saitama.

Despite being more technical than Saitama, he's more arrogant and overconfident, many times letting his guard off and allowing enemies to land critical damage on him. He is also too dependent of his multiple cyborg modifications and needs Dr. Kuseno's help to repair all the damage he gets in battle.

Like Saitama, he refuses to learn martial arts from Bang since he doesn't feel he need it with his power, leaving him lacking of advanced combat skills.

Genos also can't swim, since his cyborg builts are too heavy to allow him to float on water. 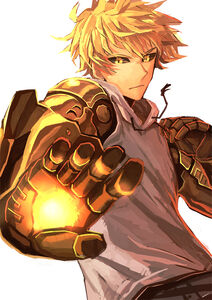 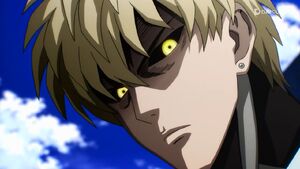 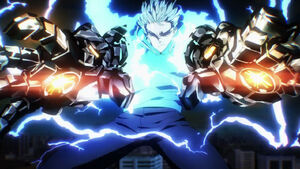 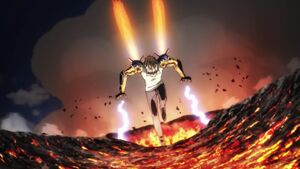 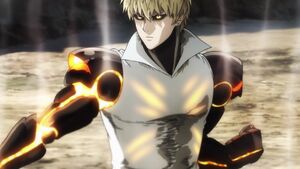 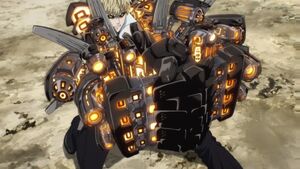 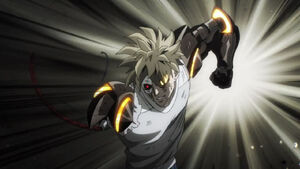 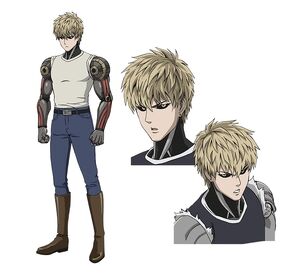 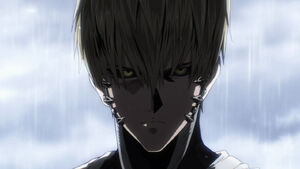 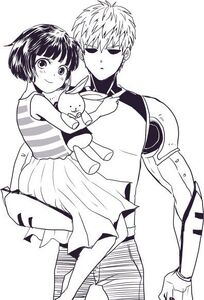 Genos and the little girl 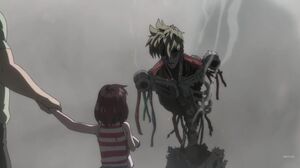 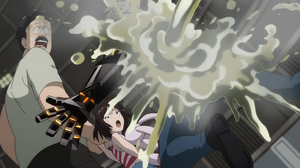 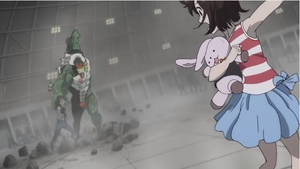 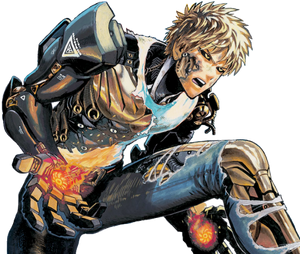 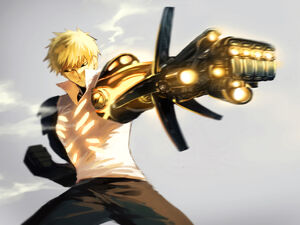 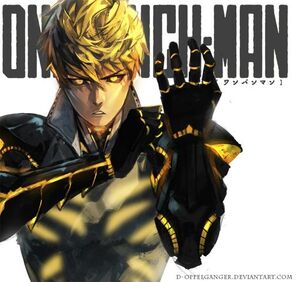 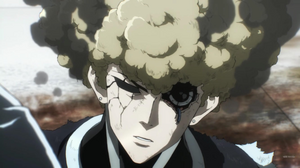 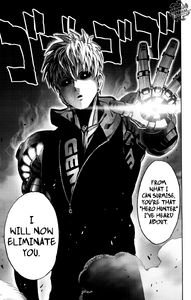 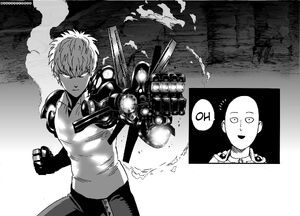 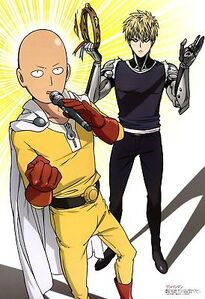 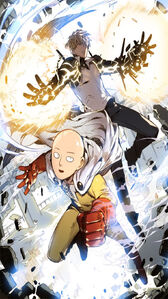 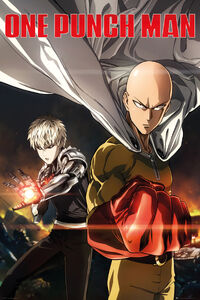 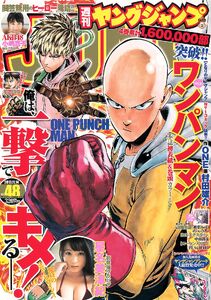