Help Sona Sitiri with her goal of opening a Ratings Game that is open to everyone regardless of race or status.

Genshirou Saji is a supporting protagonist in the light novel and anime series High School DxD. He is a second-year student at Kuoh Academy. He is the secretary of Kuoh Academy's Student council and Sona Sitri's Pawn. He is a friend and rival of the main protagonist, Issei Hyoudou. At times he is also an occasional ally, to the Occult Research Club.  He like Issei, also has a Sacred Gear and within it carries one of the Evil Dragons and one of the Five Dragon Kings, called Virtra. His goal is to help Sona, his master, establish a Rating Game so that all people regardless of Race would participate in.

Saji is a young man with short blonde hair and grey eyes. He wears the Kuoh Academy boys' school uniform, albeit without the blazer and his sleeves are rolled up.

Saji's personality is overall quite similar to Issei's, and he is Issei's parallel in the Student Council. He looks at Sona with the same lustful eyes which Issei looks at Rias with and cares deeply for his comrades. Saji is also very loyal to Sona, going as far as to say that Sona's dream is his dream and tries his best to help her fulfill her dream of building a Rating Game School that is open to everyone, regardless of status.

However, Saji can also be rather cocky; he initially doesn't think much of Issei, boasting to him that he took up 4 of Sona's pieces, only to be shocked by Issei taking up all of Rias's. Overtime, however, their relationship mellows more into a friendly rivalry, not unlike the one between Rias and Sona. Notably, Saji always refers to Issei by his last name, Hyodou, as opposed to the Occult Research Club, who all call him by his first.

Ultimately, Saji's heart is in the right place more often than not; he is deeply saddened upon hearing Kiba's tragic past, albeit comically, to the point that he instantly agrees to help Issei and the others destroy the Holy Swords, when he had previously been reluctant due to fear that Sona would punish him.

Not much is known about Saji's history, other than at some point before the series, he was reincarnated into a Devil by Sona, and joined the Student Council in the process.

Saji made his first appearance in Volume 3 along with Sona at the Occult Research Club room to meet with new members Rias' peerage Issei and Asia where they introduced themselves and the whole Student Council to also be Devils. Saj initial looked down on Issei due to his bad reputation but was scolded by Sona for underestimating him as he consumed twice as many Pawn pieces and defeated Riser, which Saji was surprised to find out. Saji was then forced by both Issei and Koneko to gain the assistance Irina and Xenovia in their mission to destroy the stolen Excalibur and help Yuuto let go of his past. This attempt was eventually found out by their masters after their battle with Freed, Saji was punished by Sona in the form of 1000 spankings. He and the whole Sitri team later assisted in maintaining the barrier in Kuoh Academy during Kokabiel's attack.

In Volume 4, he helped Issei in training Gasper Vladi, using his Absorption Line to reduce the power of Gasper's Sacred Gear.

In Volume 5, Saji met up with Issei at the party during the Young Devils gathering where he tells him about Sona's dream to build a Rating Game school for Devils of all rank his desire to be a teacher at that school. Saji then expressed his jealousy towards Issei for not being as lucky as he is with girls. he later faced Issei in a one-on-one fight during their masters' Rating Game, showing the determination Issei showed during his fight against Riser Phenex. While Saji was eventually defeated by Issei, he played a big part in defeating him using his Absorption Line to absorb Issei's blood, forcing Issei to retire out of blood loss.

In Volume 6, Saji has his hand bandaged after a jewel appeared on it after the match against Issei, which Azazel speculates is due to him connecting and taking the blood of Issei, the Red Dragon Emperor, and has caused Vritra's consciousness to reawaken.

In Volume 7, Saji was asked to assist in opening the Dragon Gate to summon Midgardsormr and was captured by Azazel for "special training". He reappears for the final battle against Loki, after Azazel placed the remaining of Vritra's Sacred Gears into Saji, allowing Vritra to regain his consciousness and allowed him to use all of Vritra's abilities.

In Volume 9, Saji, along with the second-year students of Kuoh Academy, goes to Kyoto for a school trip. He was later asked by Azazel to assist the Gremory Team in their fight against the Hero Faction, transforming into his Dragon King form to battle a mind-controlled Yasaka. He was eventually overpowered by Yasaka until the arrival of Sun Wukong and Yu-Long, where Yu-Long came to assist Saji to balance up the odds.

In Volume 11, Saji is seen talking with Issei, commenting about both their Dragons and congratulating Issei on his Middle-Class recommendation. He then leaves after his teammates came to get him, as they needed his help for Student Council work.

In Volume 12, he accompanies Sona to the Gremory Palace, angry at the fact that the Khaos Brigade killed his friend and swore revenge against them. He and the Sitri team then goes to defend the civilians in the town from the Khaos Brigade, engaging against Heracles, Jeanne, and Georg from the Hero Faction. They are, however, cornered by the three of them after Heracles used the children of the Underworld as hostages.

In Volume 14, Saji, along with the rest of the Student Council and Occult Research Club, took part in rescuing the first-year students that were kidnapped and fought a group of Stray Magicians.

In Volume 16, Saji visited Issei in his room while the latter was preparing to go to Romania. He told Issei about the developments of Sona's dream of building a Rating Game school in the Underworld, his worries of becoming a teacher, and him unable to attain Balance Breaker even though he trained with Issei, Dulio Gesualdo, and Tobio Ikuse. After the Occult Research Club members returned from Romania, Saji, along with the Student Council, attended the meeting for the formation of D×D.

In Volume 17, Saji participated in protecting Auros Academy from Qlippoth along with the other members of D×D but was beaten badly by Grendel before Sairaorg appeared and fought the Dragon himself. Even with the injuries he sustained from the previous fight, he shielded Sona and Rossweisse from Walburga's flames and was able to reach Balance Breaker after Vritra returned from helping convince the past possessors of Divine Dividing.

In Volume 18, Saji along with all of the Student Council members participated in the Christmas Project.

In Volume 19, Saji runs a campaign at school to be elected as Student Vice-President. Later on the Sitri Team and Bave Saints assist the Gremory group in the battle against Church rebellions lead by Vasco Strada and Ewald Cristaldi, he join the team that would face off against Vasco but remains unbeatable even while his amour, That is until Xenovia manages to beat him using Durandal and Excalibur in tandem. Just when Vasco allows himself to be arrested, he is attacked by the sudden appearance of Walburga, she summons multiple Evil Dragons but are left motionless due to Rosswiesse's barrier and has her escape routes cut off by Tobio. Saji and the rest of his team attempt to defeat her as Walburga actives her Balance Breaker that contains half of Yamata no Orochi's soul, in the end they managed to destroy the Evil Dragon beat Walburga, having her arrested. A few days after the battle, the final day of the candidates for the Student Council Election had begun where Saji and Xenovia won Vice-President and Student Council President repeatedly.

In Volume 20, the entire Sitri group were sent on a mission to retrieve the stolen city Agreas which was found by other members of the DxD team, the Sitri team were sent in first as a diversionary unit where they faced off against members of Qlippoth.

In Volume 21, during the world crisis of causing Trihexa, Saji was sent to the Bael castle to protect Magdaran Bael from Bedeze Abaddon who had infiltrated his home to to push the blame of the corruption of the Rating Games on to the Bael clan, while other Sitri members fight against Bedeze Peerage. Saji battles against Bedeze using his dragon armor, but now of his attacks were able to reach him as he uses his Power of Hole ability that reverts all of his attacks back at him. Saji is rendered injured and exhausted as Bedeze approaches him with a killing intent until he's intervened by Sairaorg and took over the fight on Saji's behalf, Saji watches as Sairaorg fights Bedeze with difficulty but turns the tables when he activates his Breakdown the Beast, gaining enough power to bypass his Holes ability, Bedeze tries to escape by is stopped and ensnared by Saji's tentacle who manages to land a solid hit to his face followed by his black flames. Bedeze gets cornered by both youths who defeats him with their fists, Roygun Belphegor soon came to also stop Bezeze but witnessing that she came a bit late takes him to the guards and assists the two to fight the rebels. They then heard news from the guards that Trihexa has appeared in both Europe and off the coast of Japan.

Demonic Power: Saji has all the powers and abilities common to Devils, including the power to cast spells.
Promotion: Being a Pawn, Saji can use promotion to temporarily gain the traits of a Queen, Rook, Knight or Bishop.
Preternatural Durability: Saji is shown to have a high level of Durability, able to take punches from a Scale Mail Issei, assaults from Evil God Loki and continuing despite the intense pain he suffered.

Skilled Hand-to-Hand Combatant: Saji is shown to have some skills in hand-to-hand combat, able to hold back against Bedeze Abaddon.

Saji has a total of four Sacred Gears each resides a part of the spirit of one of the Five Dragon Kings, the Prison Dragon, Vritra. Vritra's consciousness was fully awakened when Saji had collected the remaining Sacred Gears in volume 7. Each Sacred Gear has it's own unique ability.

Vritra Promotion: A form Saji could enter by using all four of his Sacred Gears in tandem. In this form Saji is covered in black flames that takes the form of the Black Dragon and can use all four abilities of the Sacred Gear at the same time. However, Saji was unable to control this form as it would make him go in a berserker-like state, with Issei being the only one who can maintain his sanity. 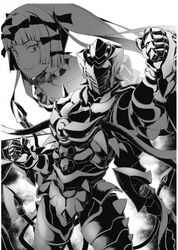 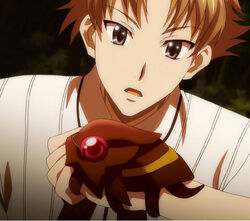 Retrieved from "https://hero.fandom.com/wiki/Genshiro_Saji?oldid=1803510"
Community content is available under CC-BY-SA unless otherwise noted.