Apologize to his brother for the past misunderstanding.
Eradicate Demons.
Free Tanjiro Kamado from Muzan Kibutsuji's control.

He was a Demon Slayer and the younger brother of Sanemi Shinazugawa.

Genya was a short boy with large dark purple inward-slanting eyes. The space where his eyebrows would have been is constantly furrowing, which has given him a permanent angry look on his face. His hair is styled in a buzz-cut with only a clump of messy black hair.

He wears a dark olive-green Demon Slayer uniform over his purple yukata, which he had sported.

Genya was a foul-mouthed and ill-tempered boy who declined any support from others and showed a little interest in being polite or showing any kind of courtesy. He roughly handled Kanata Ubuyashiki during Final Selection by grabbing her hair and screaming at her harder, which results into Tanjiro Kamado breaking his arm. His ill-tempered traits and brash way of speaking is much like his older brother Sanemi Shinazugawa. 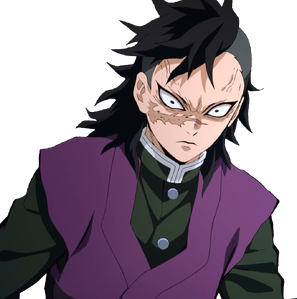 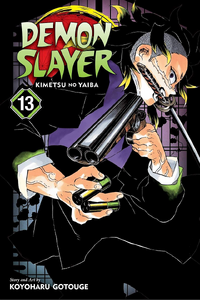 Genya in the cover of the thirteenth volume. 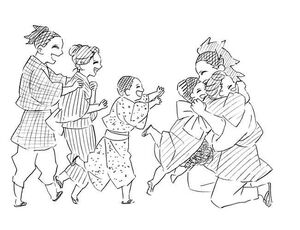 Genya reuniting with his siblings in paradise 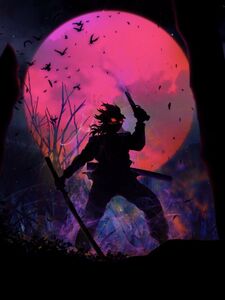 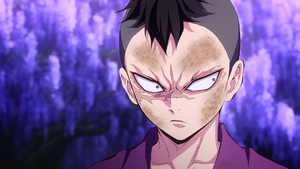 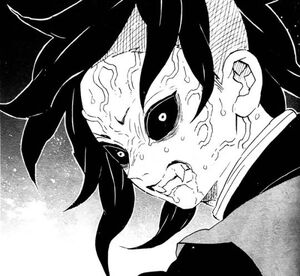 Genya as a monster 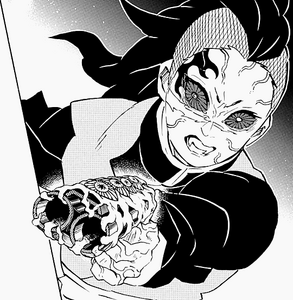 Genya as a demon (fake) 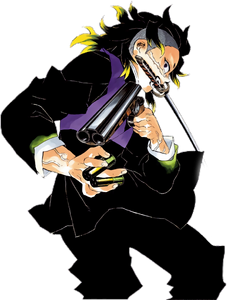 Genya's body in the manga 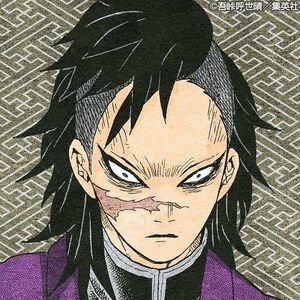 Genya's face in the manga 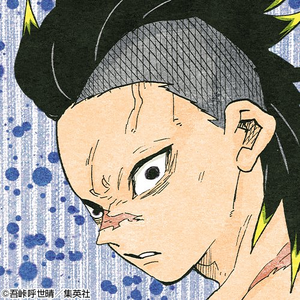 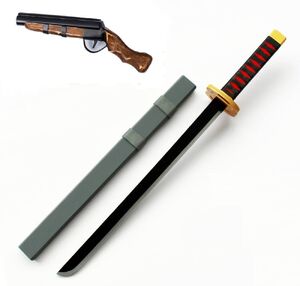