Liberate China from the Kings of Hell

Military
The Geofront is a futuristic Chinese military force and civilization in the post-apocalyptic world of Palladium's Rifts Megaverse.

Geofront was a giant secret project which was executed by the People's Liberation Army and the high-tech corporations of mainland China. The goal was to catch up to the West and surpass it in technology and science, and therefore power. With that in mind a vast subterranean military complex was built, in the Longgong Caverns in Guizhou province. The caverns stretched for miles, with only 5% of it having been explored by the start of the 21st century. It was named the "Geofront Project".

It was a state-of-the-art subterranean super-city which was powered by geothermal energy, that provided the city and a third of the PRC with renewable energy straight from the Earth's core. It took 20 years to build Geofront and the city's population started with 5 million. A community of soldiers, builders, scientists, and innovators. It was a self-sustained city which was still growing, both geographically and in population.

When the great cataclysm which resulted in the return of magic to Earth and the opening of dimensional Rifts devastated Earth, it wiped out coastal cities and most of the population, but Geofront was untouched by the apocalypse. Unknown to them, the caverns in which it was built held mystical properties which shielded Geofront. The entrance collapsed sealing in Geofront for years. It's inhabitants had no idea what had happened on the surface, having lost contact with everyone.

Upon digging out to the surface they discovered that humanity had experienced a global cataclysm, and the world was now being invaded by monsters and demons. Not only that but the invaders were too powerful and overwhelmed any human opposition. Geofront pulled back and kept their existence secret, while monitoring the situation on the surface and building up their forces and technology.

Demonic god-like beings (Yama Kings) and their demonic legions reinforced with the damned and undead had take over more than half of China. They had also cut off China from the rest of the world via a Mist. In addition, mythical creatures (e.g. dragons) had also returned to Earth and there were monsters, alien races, and vegetation from other dimensions. Millions of demons, monsters, dragons, vampire, ghosts, etc in China alone and most of the world's remaining humans had been turned into slaves, food, playthings, etc.

Underground, the return of magic had connected Geofront to a vastly larger subterranean mystical dimension. There was apparently no end to the honeycomb of chambers and tunnels. Geofront began its campaign to liberate China from the Yama Kings three centuries after the Great Cataclysm. Scouts disguised as locals, have in the meantime been bringing back refugees, including alien and extra-dimensional beings, races, and species (as long as they were not hostile, were of good character, and could be trusted).

Compared to the surface world, it's a literal Utopia down in Geofront. A city that exceeds the scale and diversity of Hong Kong. People travel via use of hover-trains, via bicycle, and walking. Military vehicles run on either nuclear or electrical power.

The city has clean air and enough geothermal energy reserves to power half of China for 10,000 years. Buildings are made of materials that makes them as tough as tanks or battleships, and are anchored into the rock that surrounds them. A fourth of a building's structure actually goes into the surrounding rock.

It's an orderly, peaceful dictatorship where the people are loyal and polite. With a population of over 17 million, most of them professionals that have skills and 3/4 of them have military training. A tenth of the population consists of aliens and non-humans.

Geofront's technology, living standards, and education is equal or superior to those of the most advanced remaining human civilizations on the surface. The local natives don't use magic, though they don't oppose it and have accepted magic using refugees from the surface. Mystical martial arts that use "Chi" are practiced in Geofront.

The armed forces of Geofront have nearly a million and a half active soldiers, and over x2 as many in the active reserve. In it's size, technology, and capabilities it rivals that of the two most powerful human states on the surface, Triax in Germany and the genocidal fascist Coalition States in the former United States.

In their arsenal they have over 34,000 power armor and mecha units of which almost 6/7 of them are stockpiled in storage. At the moment only several thousand are in active service, defending Geofront and fighting on the surface world. Their Chi-using soldiers can damage or destroy armored vehicles and power armor (or demons and monsters) with their hands, feet, or Chi-enhanced firearms.

Geofront secret agents and teams in the meantime are collecting intelligence on the demonic enemies ruling and terrorizing China, and creating a resistance network. They are waging both a war of disinformation and a guerrilla war against the Yama Kings, with the largest operations involving 100s of men & women. Geofront has already liberated some villages, which have been kept protected for decades and in some cases over a century. They have also found allies on the surface, including the Dragonlands (the province of Guizhou itself), the province of Henan (which was liberated from its Yama King) and "Free Yunnan" a part of southwest China where humans have held off the demons. 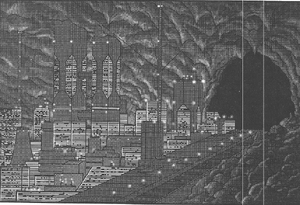 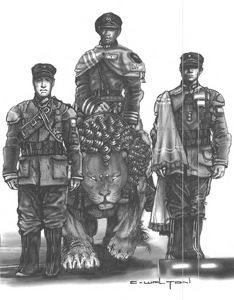 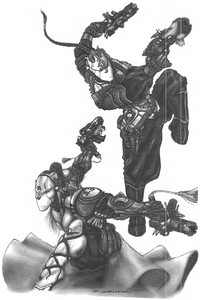 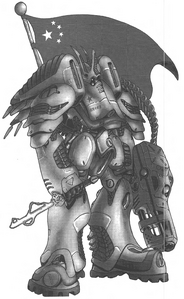 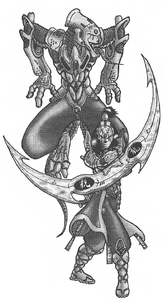 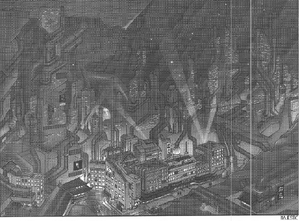 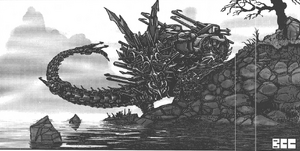