Mr. George Wilson is the deuteragonist of the 1986 animated series, Dennis the Menace. Is Dennis Mitchell's grouchy elderly neighbor who always gets tormented and harassed by Dennis everyday.

George Wilson is the elderly next-door neighborhood of a young boy named Dennis Mitchell. Dennis is usually quite careless with everything he does, which usually leads to disastrous results (mostly for Mr. Wilson). Dennis may be riding his bike down the street and not paying attention to what is in front of him. Usually, when situations like this happen, Dennis (and his bicycle) end up crashing into poor Mr. Wilson. In Dennis' mind, he and Mr. Wilson are best friends. In Mr. Wilson's mind, Dennis is the Anti-Christ. Very often, Dennis tends to come over to Mr. Wilson's house uninvited. His visits usually begin with Dennis yelling out "OH, MR. WILSON!" Mr. Wilson tends to consider that a warning to vacate the premises. 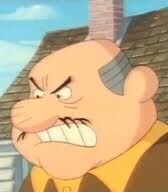 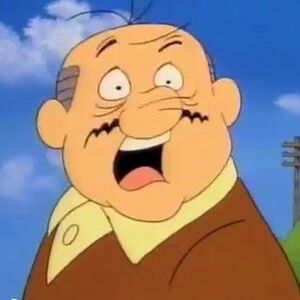 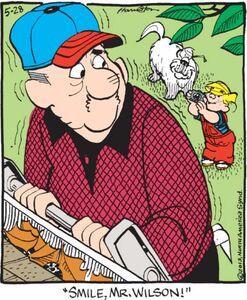 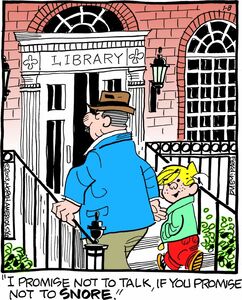 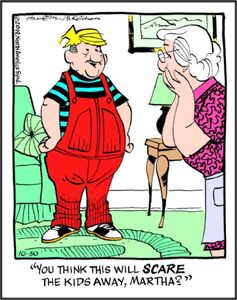 Mr. Wilson is ready for before Halloween. 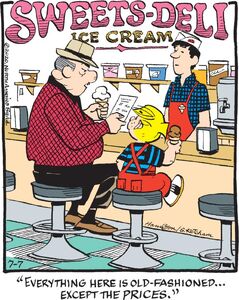 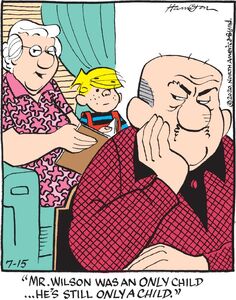 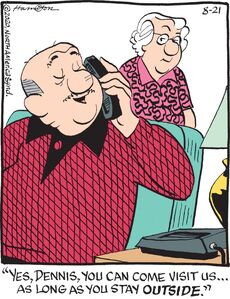 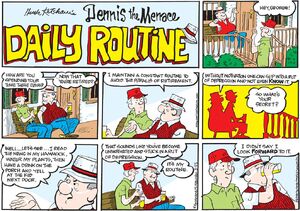 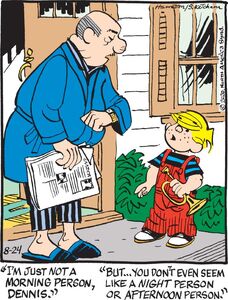 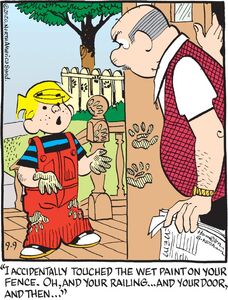 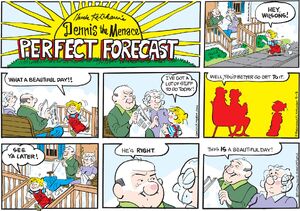 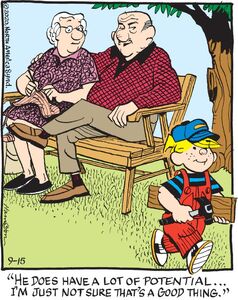 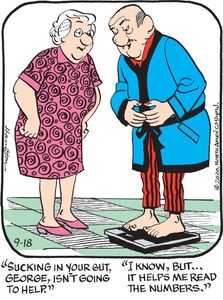 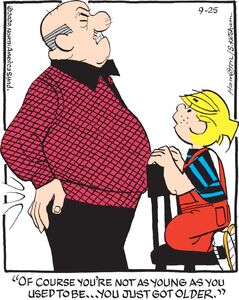 Poor Mr. Wilson broke his own back. 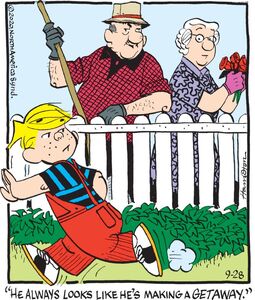 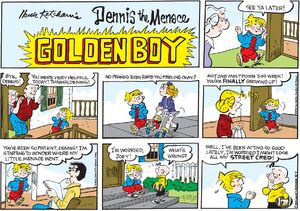 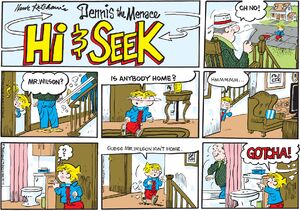 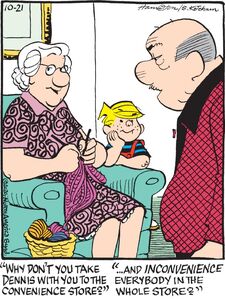 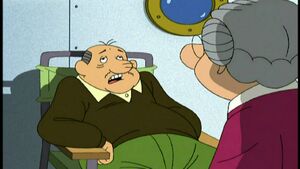 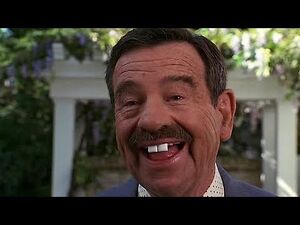 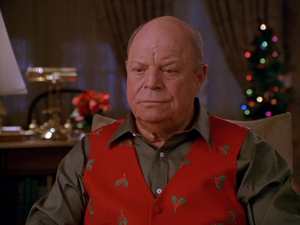 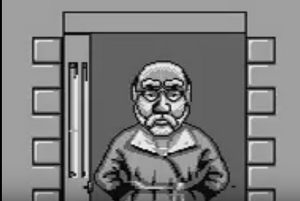 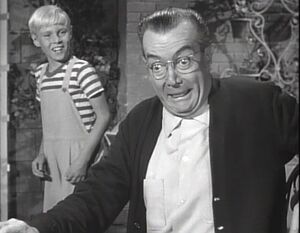 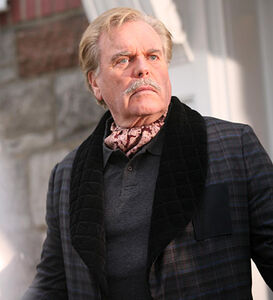 Mr Wilson In A Dennis the Menace Christmas 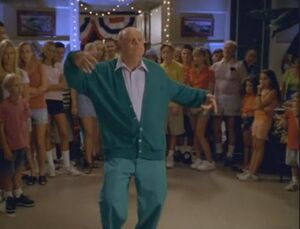 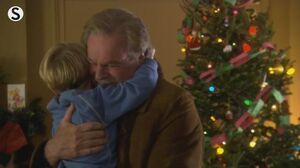 Add a photo to this gallery
Retrieved from "https://hero.fandom.com/wiki/George_Wilson_(Dennis_the_Menace)?oldid=2043349"
Community content is available under CC-BY-SA unless otherwise noted.