The Legend of Zelda: Spirit Tracks

Retrieve her body and save her kingdom. (succeeded)

Ghost Zelda is the disembodied spirit of Princess Zelda that appears as Link's companion in The Legend of Zelda: Spirit Tracks.

Princess Zelda manages to convince the new Engineer Link and former Hyrulean Soldiers turned Engineer Alfonzo to take her to the Tower of Spirits using their train, however the Spirit Tracks leading to the Tower disappear and Chancellor Cole appears along with his henchman Byrne, revealing himself to be a Demon working for Demon King Malladus. Byrne defeats Alfonzo and Cole attacks Zelda with demonic energy which separates her spirit from her body. Link is knocked unconscious while Cole and Byrne take Zelda's spirit-less body to serve as a vessel for Malladus' soul.

After waking up in New Hyrule Castle, Link follows Ghost Zelda to her room and Ghost Zelda discovers that she unable to communicate with or be seen by anyone other than Link. With Alfonzo injured and Link being the only person aware of her condition, she gives Link the Spirit Flute he had seen her playing earlier and tells him to bring it with him. Since the Spirit Tracks leading to the Tower are gone, Zelda suggests they use the Tunnel to the Tower behind New Hyrule Castle. In the tunnel, Link discovers that despite being a spirit, Zelda is terrified of Rats and Link must kill them in order to continue through the tunnel with Ghost Zelda. At the Tower of Spirits, they meet the Lokomo Anjean who Zelda discovers is able to see her and hear her as Link can. When Anjean explains that Cole plans to use her body as the vessel for Malladus, Ghost Zelda is horrified and demands Link rescue her body from Cole, while she remains in the Tower of Spirits (revealing it is a family tradition of the Princesses of Royal Family of Hyrule to remain behind). However Anjean points out that Ghost Zelda's power will also be needed and that she should accompany Link on his quest to restore the Spirit Tracks. Anjean mentions that she was an old friend of Zelda's grandmother and the founder of New Hyrule, Tetra.

During their search for the first Rail Map in the Tower of Spirits, Link is attacked by a Phantom and Ghost Zelda instinctively tries to protect Link, only to end up possessing the Phantom, allowing Zelda to fight and work alongside Link inside certain areas of the Tower of Spirits. Eventually they find the Rail Map which restores the Spirit Tracks leading to the Forest Sanctuary. Anjean gives Link and Zelda the Spirit Train allowing them to travel by rail. Together the pair set out to restore both the Spirit Tracks and Ghost Zelda back to her body.

As a disembodied spirit, Zelda has many traits common associated with Ghosts such as intangibility (the ability to pass through solid objects) and flight. However her greatest power is her ability to possess Phantoms allowing her to fight alongside Link as long as she is possessing one. Phantoms under the possession of Zelda feature pink eyes and pink colored armor (possibly due to the color of her dress). She also gains certain abilities while possessing certain types of Phantoms such as Torch Phantom, Warp Phantoms, and Wrecker Phantoms. However only certain people such as the Lokomo and Link can actually see and hear Zelda while she is in her Ghost form, which prevents her from informing either her Teacher or the soldiers of New Hyrule as to her current condition (Link only manages to convince Alfonzo of Zelda's plight, as others refused to believe him).

Unlike most Ghosts that are featured in the Legend of Zelda series, Zelda herself is not actually deceased, as her spiritless body is still alive. This was likely intentional on Cole's part as he stole her body to use as a living vessel for Malladus as it contained the Sacred Power of the Spirits. 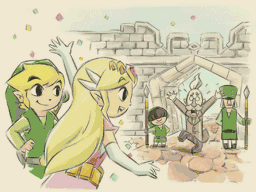 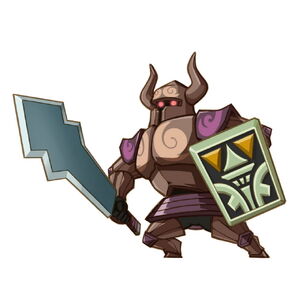 Zelda as a Phantom 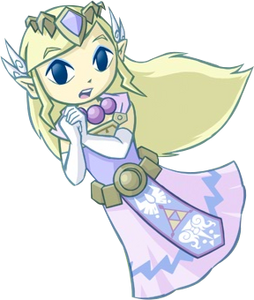 Retrieved from "https://hero.fandom.com/wiki/Ghost_Zelda?oldid=2275618"
Community content is available under CC-BY-SA unless otherwise noted.