The Ghost of Christmas Past is one of the major characters in Charles' Dickens' A Christmas Carol. He is the ghost who shows Ebenezer Scrooge his past and childhood. The angelic spirit shows Scrooge scenes from his past that occurred on or around Christmas, in order to demonstrate to him the necessity of changing his ways, as well as to show the reader how Scrooge came to be a bitter, coldhearted miser. The Ghost of Christmas Past can be played by a woman or a man.

After showing up in Scrooge's house, the Ghost of Christmas Past takes his hand and flies with him over London. It first shows Scrooge his old boarding school, where he stayed alone, but for his books, while his schoolmates returned to their homes for the Christmas holidays. The spirit then shows Scrooge the day when his beloved younger sister Fan picked him up from the school after repeatedly asking their cold, unloving father to allow his return, as she joyfully claims that he has changed and is now kinder than he was. Next, the spirit shows Scrooge a Christmas Eve a few years later in which he enjoys a Christmas party hosted by his first boss, Mr. Fezziwig, a kind and loving man, who treated Scrooge like a son, and was more compassionate to him than was his own father.

The spirit also shows Scrooge the Christmas Eve when, as a young man, his beloved fiancée Belle ended their relationship upon realizing that he now cared more for money than he did for her. Scrooge did not ask Belle to end their engagement, but he did not fight to keep her. Finally, the spirit shows him how she married and found true happiness with another man. After this vision, Scrooge pleads with the spirit to show him no more, to which the spirit replies:

"These are the shadows of things that have been. That they are what they are, do not blame me!"

Angered, Scrooge extinguishes the spirit with his cap and finds himself back in his bedroom, the time on the clock not having changed. 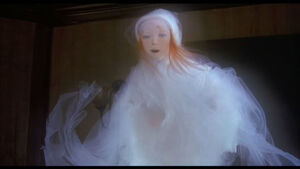 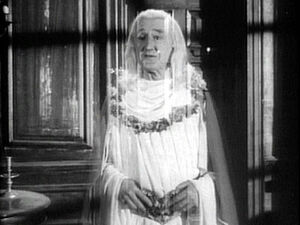 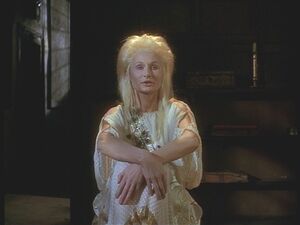 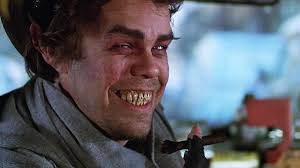 Retrieved from "https://hero.fandom.com/wiki/Ghost_of_Christmas_Past?oldid=1903355"
Community content is available under CC-BY-SA unless otherwise noted.