Conductors of the Metaphysical Examination

Keep NYC safe from malevolent ghosts and make profits while at it.

Prove that ghosts are real. (Erin and Abby)

Ghostbusters (Erin Gilbert, Abby Yates, Jillian Holtzmann and Patty Tolan) are the protagonists of the 2016 Ghostbusters reboot from the 1984 and 1989 movie that starred Bill Murray, Dan Aykroyd, Harold Ramis and Ernie Hudson. It was also a hit animated series called the Real Ghostbusters and Extreme Ghostbusters. This is a reboot of a new Ghostbusters with an all-female cast. Erin Gilbert and Abby Yates were co-authors of the supernatural of ghosts. Mostly people wouldn't believe this story, but the book was interesting as a best seller. The book helped Erin Gilbert get a professorship job in Columbia University. But the book resurfaced she was laughed out of academia and got fired. Her best friend and co-author Abby Yates reunited when they proof Ghost are real. They decided go into business themselves as paranormal eliminators and investigators. Jillian Holtzmann, a nuclear engineer who is friend of Abby Yates and also made friends with Erin Gilbert who helped them build the equipment to catch the ghost. All three of them are ready to run their own business as paranormal eliminators and and investigators, what they call Ghostbusters. They bought an abandoned firehouse they use to start as their headquarters and office. The firehouse is also where Jillian uses the ghostbusters equipment to catch ghost since Ghost are invading Manhattan. At first business was slow, but soon the business was booming since people call them for help to catch a ghost terrorizing the city. They become instant celebrities and pretty soon they will have a new challenge they will face if they want to become worldwide heroes. They added a new member of the team, who is Patty Tolan, an NYC subway worker who encountered some ghost terrorizing the subway. Patty made friends with Erin, Abby and Jillian and she becomes a new member of the team. Together all four of them will be ready to take a huge challenge that will terrorize the city pretty soon and they will be tested to see how good they are.

Faculty and Staff of Ghostbusters 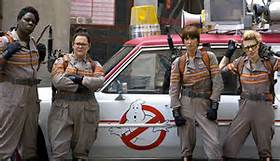 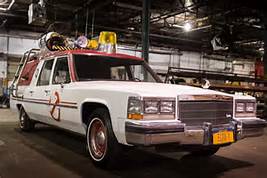 Retrieved from "https://hero.fandom.com/wiki/Ghostbusters_(2016)?oldid=1722837"
Community content is available under CC-BY-SA unless otherwise noted.