Heroes Wiki
Register
Don't have an account?
Sign In
in: Heroes Of Folklore, Noncorporeal, On & Off,
and 26 more
English

Folklores and myths around the world

Various dimensions but mainly from Earth

Ghosts (sometimes known as a Spirits or Souls), are the spirits of a deceased individual who has return from the dead due to an unfinished goal they failed to accomplish in life. Some ghosts are mischievous, sometimes even villainous, but others are benevolent and helpful.

Ghosts are described as being frightening in appearance, but otherwise harmless. Many have a tendency to haunt the living, whether it be intentionally (as a prank), or unintentionally (for more serious matters).

Unlike other undead creatures, such as vampires, skeletons, mummies, and zombies, ghosts are not physical, rather noncorporal.

Some ghost may present themselves as guardians, though these cases tend to be associated more with Angels. While many ghosts take on the form of humans, others have been described as resembling animals, or even objects, such as trains, cars or ships.

Heroic ghosts tend to differentiate themselves from their more mischievous counterparts by often times contacting the living for help in trying to complete a task that they failed to accomplish in life. In some cases, they will even help the living individual(s) by providing assistance in some form (often times though paranormal means).

The name given for a benevolent spirit who resides on Pawley's Island in South Carolina. He is believed to be the ghost of a man who died while traveling to see his fiancee. After his death, he warns the living residents on the island of incoming hurricanes by protecting not only their lives, but also their homes, to which he has been attributed to saving for almost two centuries.

A young ghost of a child who dislikes haunting people like his uncles or cousin. He often times tries to befriend humans instead which never works out.

The daughter of the Phantom (presumably the Phantom the Opera), who is optimistic and loves to play the organ. She befriends Shaggy and Scooby-Doo, even though the two are initially afraid of her.

The Spirit of a Fortune Teller originate from The Haunted Mansion ride at Disneyland, although a villain on the ride, she is much more heroic in the 2003 film of the same name, where she provides Jim Evers with cryptic clues into breaking the curse that is haunting the namesake mansion. 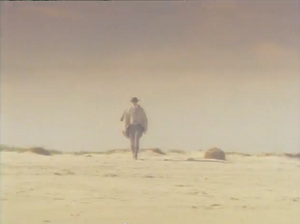 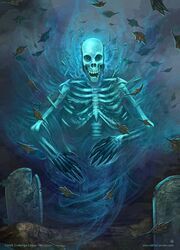 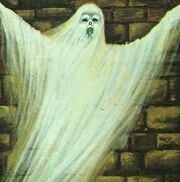 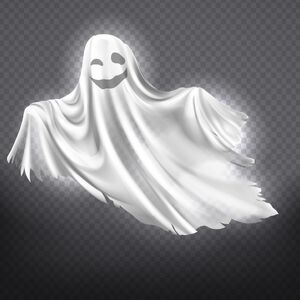 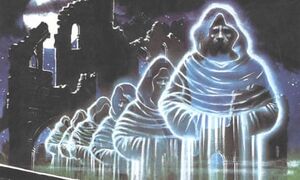 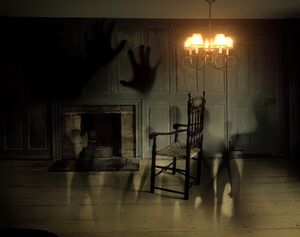 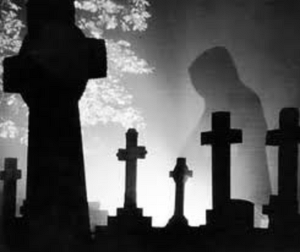 A ghost walking through a grayevard 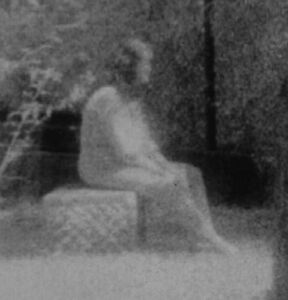 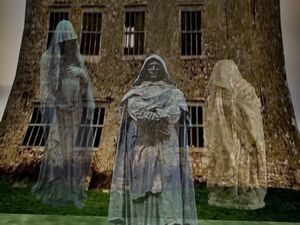 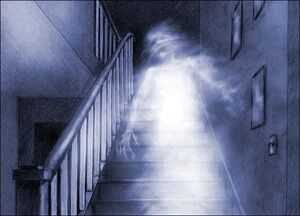 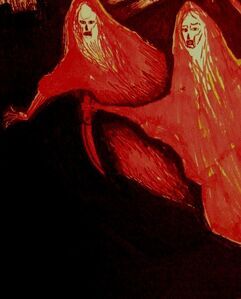 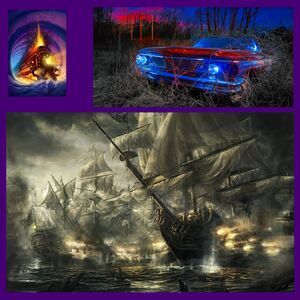 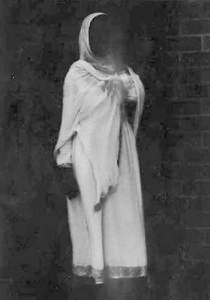