Gil is a hyper guppy - if he sees a ball, he has to throw it; if he finds an electric guitar, he has to play it; if there's a pig costume around, you can be sure he'll be oinking in no time if he sees a truck, he'll being trucking in no time. He is good friends with Molly and Goby. Gil's upbeat energy and insatiable curiosity is infectious, so he's great at encouraging others to join in his adventures. You can be sure he'll deliver some friendly slapstick humor along the way. He is often the subject of a continuing joke that repeats during the episodes. Gil's favourite colour is purple, as seen in the episode: The Crayon Prix!. Along side of Molly (and in one song, Deema), he is the only character to sing the pop songs. His favorite food is pizza and apple juice as seen in "Happy Clam Day!" In "Bubble Baby!", he was excited when Molly was gonna be a big sister, and he told everyone all about it. 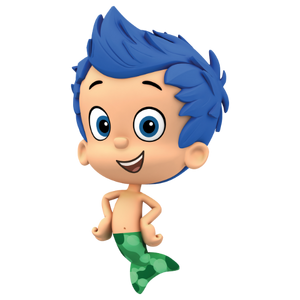 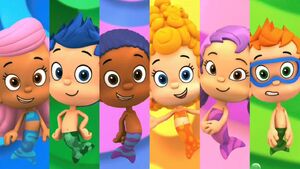 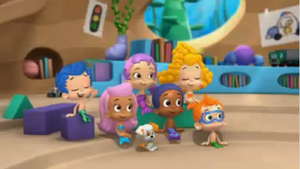 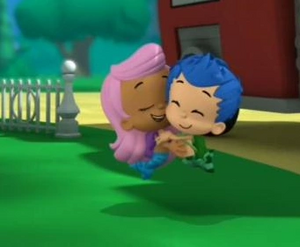 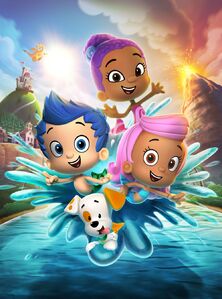 Gil with Molly Bubble Puppy and his new friend Zooli. 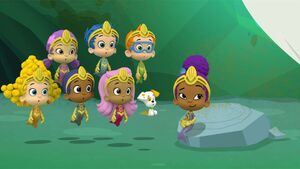 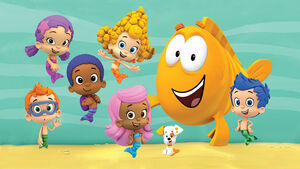 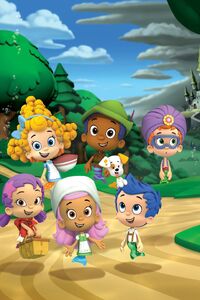 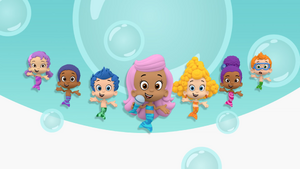 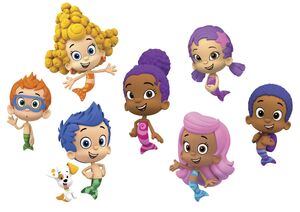 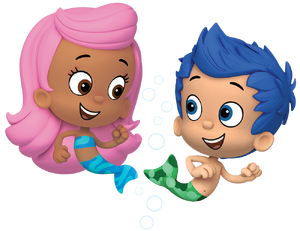 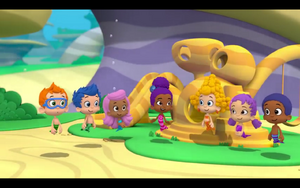 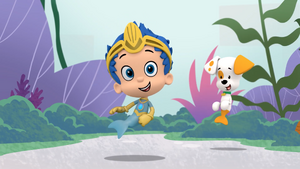 This is a picture of Gil as the Prince of Stingrays. 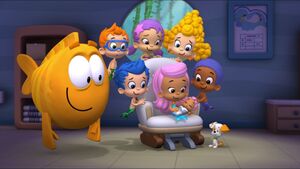 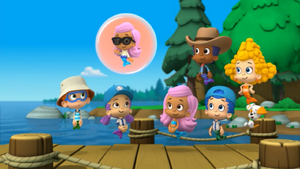 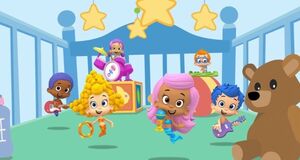 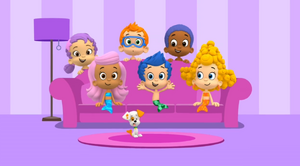 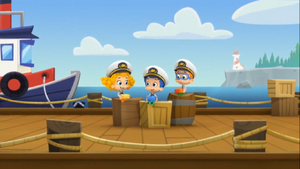 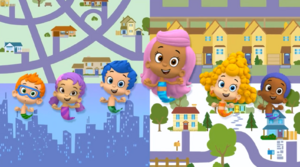 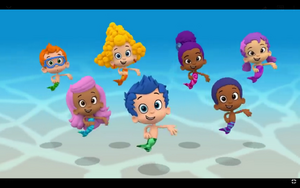 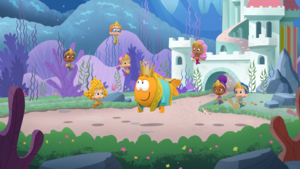 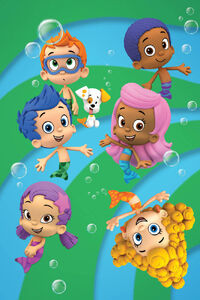 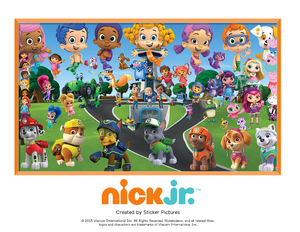