Gilgamesh is one of the four playable Servants available to Hakuno Kishinami in Fate/Extra CCC. He is an alternate version of his counterpart that appears in Fate/stay night. Unlike the counterpart who is summoned under the Archer class, he claims that he does not fall under any of the Servant classes, so he is referred to only as Gilgamesh.

While the Original Gilgamesh is a villain in the original Fate/Stay Night, this version is more of an Anti Hero and helps Hakuno Kishinami in his/her journey.

Gilgamesh is known as the "King of Heroes", a legendary Servant who boasts that he is so powerful, he does not fall under any of the typical seven Classes. His ego is so great that he does not bother to hide his identity as the famous Babylonian king who was said to own all of the world's treasures. His Noble Phantasm is the Gate of Babylon, a portal leading to the treasury containing the thousands upon thousands of Noble Phantasms he collected during his lifetime. As he lacks the proficiency to wield most of them, Gilgamesh mainly uses them as projectiles or shields.

Gilgamesh's personality is heavily influenced by the era into which he is summoned. The world, his property, of Fate/Stay Night was sullied by the consumption society of the early 2000s, so as a result, he became unpleasant, bitter and psychopathic overall. He has taken a liking to the virtual world of 2032, so his personality is kinder, sensible and closer to how he was during his previous life. Arco Wada says he reminds her of Gilgamesh in Fate/hollow ataraxia. He still displays his normal self-serving traits, but Nasu wished to show that there is more to his character than that. He has no particular interest in the events within SE.RA.PH, and decides to simply do as he pleases. This later changes when he personally declared that the conflict against BB has also become his battle.

Gilgamesh bears no romantic feelings for his Master, and he even goes as far to ask the female version "Who is the man you want to be held by?" for entertainment. He believes that there can be nothing else between a man and a woman. He restricts it to the Student Council members, but he will be annoyed if he is chosen instead. He takes it as a given that he is already the obvious choice, so it is unnecessary in staving off boredom. He says it was unavoidable due to being exposed to his aura at such proximity and forgives her, but also completely rejects her, mentioning that she is four thousand years too early for him. He prefers "a noble maiden", a virgin", and "a flower that blooms in the plain" was his type during his childhood. 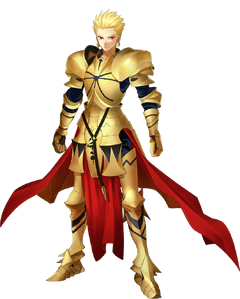 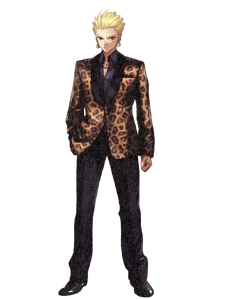 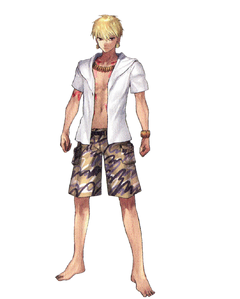 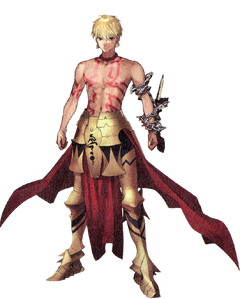 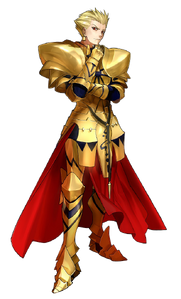 Fate/Extella
Add a photo to this gallery
Retrieved from "https://hero.fandom.com/wiki/Gilgamesh_(Fate/Extra_CCC)?oldid=1947666"
Community content is available under CC-BY-SA unless otherwise noted.