Gillian Bellaver is the deuteragonist in The Fury. She is a 17 year old girl who has very powerful psychic powers.

She was portrayed by Amy Irving who also played Sue Snell from Carrie (1976) and it's sequel The Rage: Carrie 2, Miss Kitty in An American Tail: Fievel Goes West and Jessica Rabbit in her singing voice in Who Framed Roger Rabbit.

Gillian is a high school student who has one friend named La Rue who goes to school with her. She is a psychic, with powers like telekinesis and telepathy, which she is called a "freak" by Cheryl, the class bully and is an outcast to everyone. She has shown to have powerful brainwaves, which makes people bleed when they touch her, which makes her go to the Paragon Institute for that.

She is also revealed to have a telepathic connection with Robin Sandza, the son of Peter Sandza who is a boy her age and with the same powers as her and also feels attracted to him as she cares deeply for him and feels that she will be with someone that will not bleed in her presence. She was able to see Robin in the past as he was in the institute and being abused. She also attracts the attention of Ben Childress, the boss of PSI and who held Robin prisoner and planned to hold him as a weapon at the service of the US government, and plans to do the same to her too. Gillian eventually escapes the institute and runs away, along with Hester who was accidentally killed in a car crash. Together, Gillian and Peter track down Robin where he has become a psychopath due to being brainwashed by the experiments that was forced upon him, but was unable to save him as he commits suicide by falling off the roof. But before he dies, he transmits his powers to Gillian. Peter also dies after failing to save his son.

The next morning, Gillian wakes up and Childress tries to manipulate Gillian into joining his side, when he really wants to use her as the next weapon for the US government. Gillian, realizing this, kisses his eye, making him bleed and blinding him and Gillian uses the powers transmitted to her to blow Childress up from inside-out. 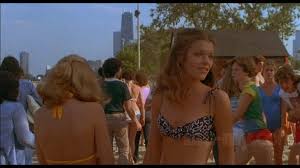 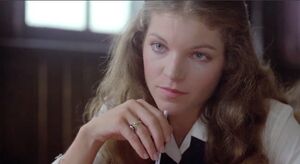 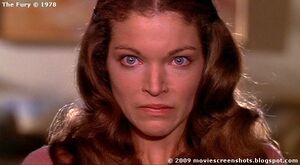