Princess Warrior
Ginchiyo Tachibana (Japanese: 立花 誾千代) is a heroine in the Samurai Warriors series. She is the last of the Tachibana clan who is avenge her father's death.

As Shimazu conquered the most of her family territory in Kyushu, Ginchiyo and her clansmen struggled for a few battles with enemy forces, on the verge of extinction. At the time, Hideyoshi always stand up and helped her cause. It turns out that Ginchiyo is going to pay for them and hopes to avenge her losses and her father, she joined the competition to against enemy and taking over their lives. When Hideyoshi expressed great appreciation for her efforts and Tachibana's reputation was improved. Due to the failure to obtain revenge, Ginchiyo discussed the things of all the troops and decided to follow the path she believed to be the most correct by fulfilling her obligations to Hideyoshi. After Odawara Castle was trapped in eastern siege, Hideyoshi unified the land, but died shortly afterwards.

Ginchiyo ordered on the virtuous battlefield to believe that they would keep on, also led the armies to strike many sinners and cooperated with Hideyoshi forces against the enemy forces in order to accept their obstruction. Much like her hated enemies, Ginchiyo agrees to be loyal to the Toyotomi family. Despite fighting for the same reason, she has would able to reminded Yoshihiro in these battles that she would not accept him as one of her true allies. Ginchiyo can feel her own mind by solving Tachibana's responsibility and persistence, she is being determined to make others good enough. Ginchiyo's father's friend Jōun Takahashi was getting slayed by Shimazu when he encountered one of the most terrible difficulties, but Jōun's death would rather bring an apparent disintegrate to their family, the two kept busy working together and managed to keep their home.

Given their exaggerated behavior, Ginchiyo and Muneshinge intend to help the Western Army to fight against them. Perhaps they specifically said goodbye to others, Ginchiyo's steps seemed to make her feel satisfied in the face of death, which could indicate that Muneshinge was a tough guy around her. Ginchiyo is searching for the truth about Mitsuhide and despite being a good companion of Gracia, unless she spends some time talking with the maid and putting her heart on others as well. Although she finally found Mitsuhide, many groups found that they were the perpetrators of the plan and also wondered that Akechi was the culprit of Nobunaga's killer. 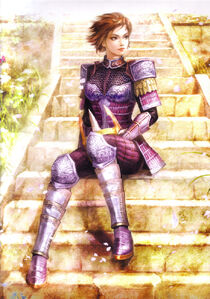 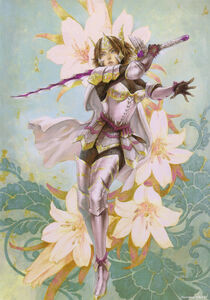 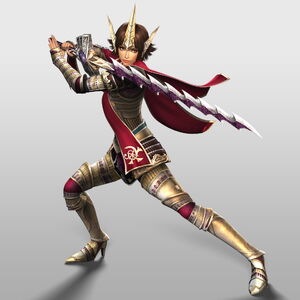 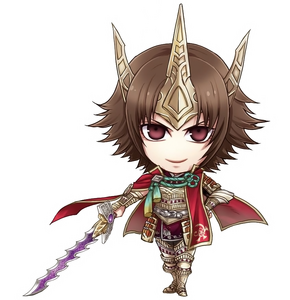 Retrieved from "https://hero.fandom.com/wiki/Ginchiyo_Tachibana_(Koei)?oldid=1937720"
Community content is available under CC-BY-SA unless otherwise noted.