Giselle is a young teenage girl and one of the main protagonists of the 2011 film Killer Eye: Halloween Haunt.

Giselle and her four friends came in one scary house for some time, because of Halloween party. They all had fun, but later on, there became some changes since girls arriving. There is a big Eye, who appeared from TV, and he was transferring from room to room, hypnotizing girls, and then kill them. When Giselle was alone in the living room, she met The Eye and he hypnotized her. After hypnotization, Giselle became half naked. Soon, Rocky went in the room, and she saw that there is something wrong with Giselle. Then Rocky shouted for Jenna to ask what is going on with Giselle. Then Giselle started to do strange moves. Under influence of Eye, she put her brassiere off and she was saying to girls that it still learning about them, about itself, and about what it can do. But if they don't do what Eye wants, he will kill them all. After these words, Giselle showed them the Eye, and they were both terrified. Rocky wanted to kill it, but the Eye killed her. After that, Jenna tried to escape but Giselle stopped her. Giselle tried to take her to Eye, but Jenna slapped her in the face. After slapping, Giselle realized that Eye hypnotized her, and it killed Rocky.

Later on, Rocky appeared in the kitchen, where Giselle was sitting alone. She was surprised to see Rocky, as she was dead and appeared suddenly, with blood on her body. Then Rocky attacked Giselle, and she left Giselle sitting on the chair unconscious. Later, Giselle woke up again and she could hear the noise. Then, she saw that there is Catalina, another girl, who was hypnotized by the Eye and went in the room. Catalina was acting very strangely, and then, she moved her head away, so Giselle could see the Eye. Giselle panicked, when she saw the Eye. The Eye tried to kill her, by shooting his laser, but Giselle used her small mirror to block the attack. She blocked it, but the laser of Eye reflected in the direction of Catalina, and she got killed in the process. Giselle panicked and ran away from the room. The Eye followed her, but he got trapped by Jenna, and in the moment, Giselle used a sledgehammer to kill it. After the death of the Eye, Giselle and Jenna were two girls only, who survived the battle. The other three girls: Rocky, Catalina and Kiana were dead. 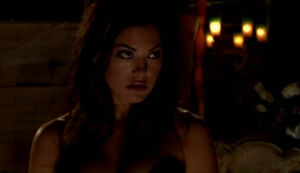 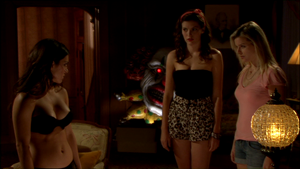 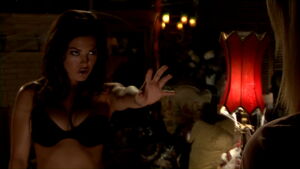 Add a photo to this gallery
Retrieved from "https://hero.fandom.com/wiki/Giselle_(Killer_Eye)?oldid=1948511"
Community content is available under CC-BY-SA unless otherwise noted.