Stop the Gremlins and save Kingston Falls and New York

Gizmo (also referred to as "Giz" by Billy) is the main protagonist of the Gremlins franchise. He is a Mogwai who is the pet of Billy Peltzer. He doesn't seem to have a single mean bone in his body, making him an Eternal, or Mogwai who refuses to be evil. He used to be owned by Mr. Wing until the old man's death, where after Gizmo escaped from his store after it was being destroyed. Gizmo is kind and friendly and currently lives with Billy and Kate Peltzer in New York. Gizmo was voiced by Howie Mandel.

Despite not being wicked and vicious like the gremlins, Gizmo has shown he's just as adept as they are with weapons and electrical devices, such as being able to know how to work an electrical keyboard, turning on a television, operating a toy car, playing a trumpet, and making an effective bow and arrow out of office supplies. This might be a reference to his name, as the word "gizmo" means a gadget. Gizmo has shown a love for television which he developed while in the Peltzer's care in the first movie.

While Mr. Wing found the idea of the mogwai watching TV ridiculous, it has proven useful for Gizmo as in the first film, he watched a movie involving a race and became interested in cars, or as he called them "Vroom-Vroom". In the climax, Gizmo drove a toy car through the department store to reach the greenhouse department before Stripe's new army was born.

In the second movie, television proves its use for Gizmo again as he recalled what the hero of the Rambo movie did and mimicked those tactics with amazing results. Gizmo was responsible for the destruction of the leaders of both batches (interestingly, Stripe met his demise following the destruction of his army, whereas Mohawk was destroyed before) it should be noted that Gizmo took a much more direct approach in Mohawk's destruction than Stripe's, as he shot Mohawk with a flaming arrow in the second movie, whereas he indirectly destroyed Stripe by exposing him to sunlight in the original. Gizmo had become much more assertive than he was in the first movie because, as Billy said, "they pushed him too far".

According to the novelization of the first film, mogwai are the result of genetic manipulations by an alien scientist to create a creature that would evoke good-naturedness and goodwill among the galaxy. However a slight miscalculation caused all but 1 in 10,000 to be mischievous and/or evil and the transformation mogwai can go through being totally unintended. Only one in ten thousand are gentle, and as a result is hated by their brethren. Also, this previously mentioned mogwai is effectively immortal. As Gizmo is gentle, and has a long list of historical figures that have owned him, it is clear that he is this mogwai type. If this mogwai eats after midnight though, he will lose his longevity, becoming a typical gremlin. However, as this is never mentioned in the movie, the credence to this nature of the mogwai/Gizmo is unknown.

Gizmo has been a playable character in many video games based on the Gremlins movies. He is the sole playable character in Gremlins 2: The New Batch (video game). In Gremlins: Unleashed for the Game Boy Color and Gremlins: Stripe vs. Gizmo for the Game Boy Advance, Gizmo is one of two playable characters, the other being Stripe. He is the final boss if the player chosses to play as Stripe. If the player decides to play as Gizmo, Stripe will be the final boss. Gizmo is also the main character and inspiration for the upcoming Gremlins video game, Gizmo: The Game, which will be released November 18, 2011. On the website for this game it says this about him."Gizmo is a loyal and lovable mogwai. He especially loves music and dancing." 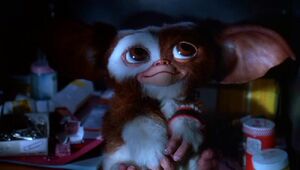 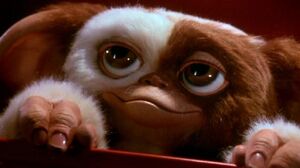 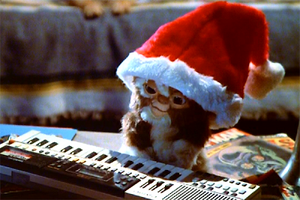 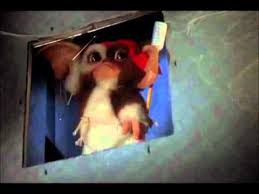 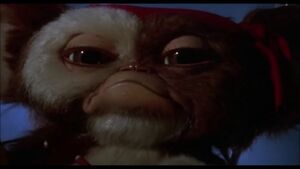 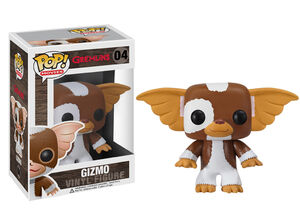 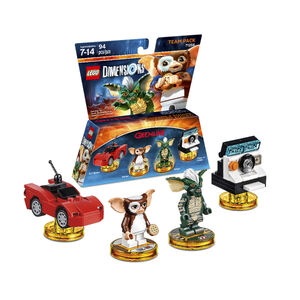 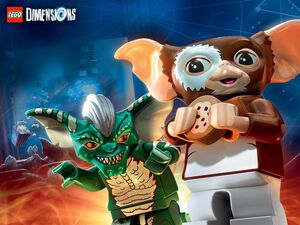 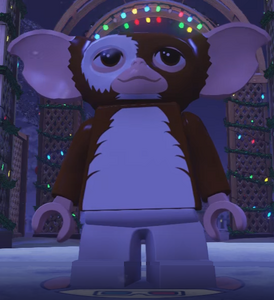 Gizmo, as he appears in LEGO Dimensions 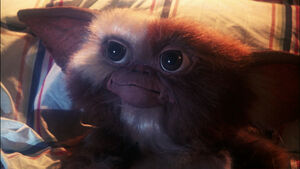 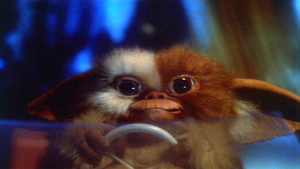 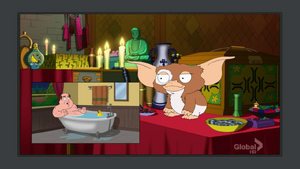