Get to the North forest (succeeded).

Glikko (グリッコ Glick) is the main protagonist of the 1981 anime film, Enchanted Journey. He is a domestically raised chipmunk who wants to have peace at the vast North Forest.

He is voiced by Yū Mizushima in the Japanese version, and the late Lionel G. Wilson in the English dubbed version.

Glikko is a very playful, energetic, optimistic and mischievous chipmunk. When he learns about the forest, he immediately wants to go there to find freedom and even convinces his friends to come with him. In spite of Pippo's warnings about the dangers on his journey to the forest, he makes up his mind to go on his quest no matter what. He doesn't hesitate to protect his loved ones from predators and is often naive at times. When Nono wants to come wit him, he resents her at first until he reluctantly decides to have her along. He eventually starts to really care for her and often sacrifices himself to bigger enemies to save Nono. While Nono is worried about the winter climate, he is convinced that they will reach the forest and urges her to keep going. When Pippo heads off to another pigeon race, he requests him to tell his sister about the forest and is glad that he told him about the forest.

Glikko is a slender chipmunk with brown fur and dark stripes. He has brown eyes, a huge stripe on his forehead, a white undertail, and a green bandanna around his neck.

He is a domestic chipmunk who was raised in a city with his sister, Fluff. While playing around the apartment, he meets up with a carrier pigeon named Pippo, who tells him about the vast North Forest. Glikko is wants to go there, because he's convinced that's where he belongs, but Fluff refuses to believe it and prefers to stay. The next morning, Pippo comes back and warns Glikko about the dangers on his journey, such as foxes and hawks. The two are stalked by the neighbor's cat and it lunges at the pair, but it misses and flees. Pippo thinks it's impossible for Glikko to reach the North Forest by himself, but Glikko has made up his mind to go on his quest. Fluff makes an exit for Glikko to escape the apartment and Glikko manages to flee before their owners arrived, only to get attacked by the cat again. Glikko manages to escape and comes up with a plan to use his owner's hat to fly him across the city. He lands in an alley and encounters a sewer rat named Gamba the following night, who is a natural-born fighter. Gamba bonds with Glikko and offers him to help him fight a gang of house rats with his friends. After the battle, Glikko and the rats throw a party.

The next morning, Gamba takes Glikko through the sewers to the North Forest. Glikko arrives at his destination, only to discover that he's in a zoo. He meets a chipmunk named Zipzip, who prefers to stay in the zoo with his friends. He also meets up with a female chipmunk named Nono, who also wants to go to the North Forest. Glikko escapes the zoo with Nono following him. Glikko resents Nono and convinces her to stay in the zoo, but Nono tells him that she was taken to the zoo and Glikko reluctantly agrees to have her on their journey.

The next morning, they find an persimmon tree and are attacked by a black cat guarding the tree. Nono falls and hurts her leg while Glikko manages to escape. He goes out looking for her and eventually manages to find her. The next morning, the two chipmunks play in a field and plan to cross the gardens to the mountains, but Nono falls off the branch and suddenly gets a fever. Glikko tries to help her, but Nono argues with him and tells him to leave her. However, Glikko returns to Nono with some acorns and reminds her that he'll still be with her no matter what. The next morning, they encounter a hibernating squirrel, who then gets snatched by a hawk. Nono's leg begins to hurt again and Glikko finds some berries, but they suddenly notice the hawk patrolling the area. Glikko comes up with a plan to distract the hawk and leads him into a thicket. Glikko comes out alive and celebrates their victory, but Nono realizes that the hawk may return.

Eventually, they notice the mountains and find a boat during a storm. The next morning, they notice that they're being drifted on a river. Glikko then sings "We're on Our Way" before eventually crossing to the ocean. They play around at the shore before they notice the mountains and head off, unaware that winter is coming. The chipmunks are once again attacked by the hawk until a fox intervenes and battles with the hawk, allowing the chipmunks to escape. The following night, the chipmunks notice the forest and head out. The next day, during a snowstorm, Nono tells Glikko her story about how she and her mother were captured by humans and brought to the zoo before her mother died of stress in captivity. Nono starts to become weak and complains about how they aren't gonna reach the forest, but Glikko heads out and finds some tree bark, unaware that the fox is stalking them.

The next morning, the two chipmunks continue their journey and Pippo arrives and tells them that they've finally reached the North Forest. They arrive at the forest and meet its residences. Pippo then notices the fox approaching them, having followed the pair. The other chipmunks flee in terror from the beast while Glikko tries to fend him off. Nono and Pippo intervene, but are vicious battled aside. Both of them survive and the fox pursues Glikko to the edge of a cliff. Across the gulf was Glikko's only salvation; the other side of the ravine. The other chipmunks, looking on, called for their friend to jump. Glikko finally leaped and the fox lunges at him, but only succeeds in tearing off his bandanna. Glikko makes it across while the chipmunks' most dreaded enemy falls to his death. Glikko survives and the chipmunks cheer as they prepare a feast. Pippo decides to return to the city and Glikko requests him to tell Fluff about the forest. 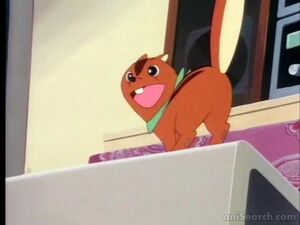 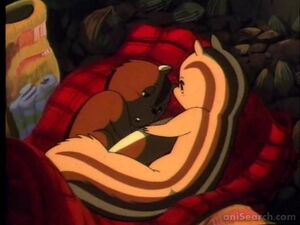 Glikko with his sister, Fluff 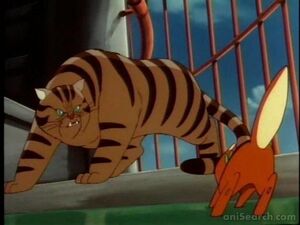 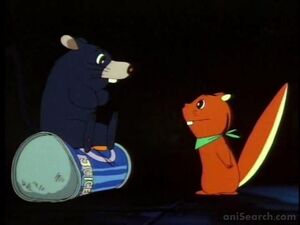 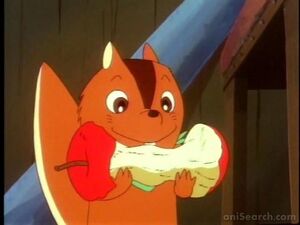 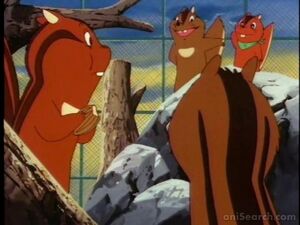 Glikko with the zoo chipmunks 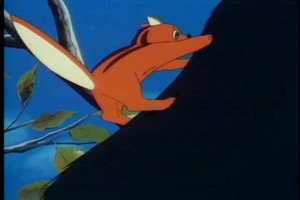 Glikko trying to fend off the Black Cat 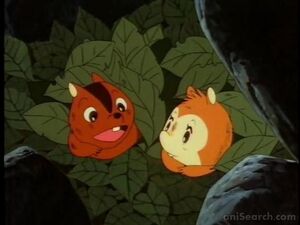 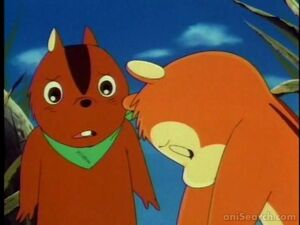 Glikko being told by Nono to go away 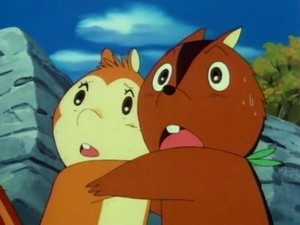 Glikko and Nono terrified by the sight of the Hawk. 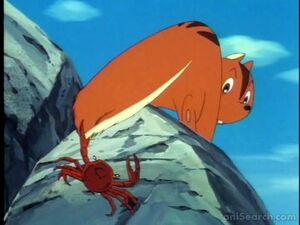 Glikko getting pinched by a crab 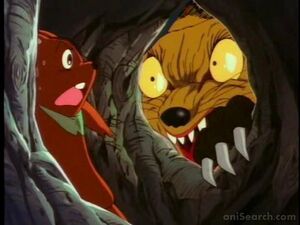 Glikko cornered by the Fox. 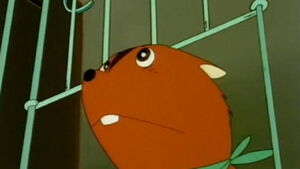 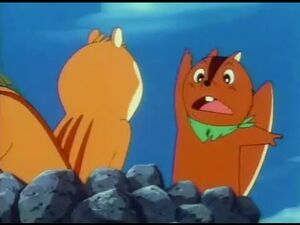 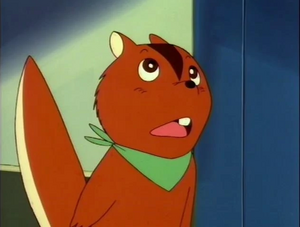 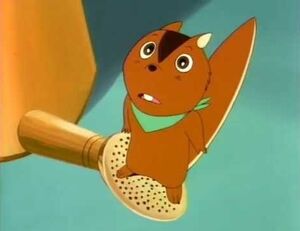 Retrieved from "https://hero.fandom.com/wiki/Glikko?oldid=1716470"
Community content is available under CC-BY-SA unless otherwise noted.