On & Off Paranormal Protectors

The Global Occult Coalition (GOC), also known as the United Nations Global Occult Coalition (UNGOC) is a major power in the world of the SCP Foundation. It serves as the official protector of the human race, overseen by the United Nations. It was founded after the Seventh Occult War/WWII. They share the Foundation's view of protecting mankind from the thousands of anomalies (or as they call them "parathreats"), though instead of containing them, they usually destroy/kill all anomalies they encounter, making them a more controversial group.

While the SCP Foundation has a threefold mission statement, the GOC has a fivefold, matching the Pentagram in their emblem. The mission statement is the following, and are listed in order of importance:

Survival The GOC has to protect the human race against all paranormal threats, and this mission takes priority over all other four.

Concealment: The GOC has to keep the knowledge of paranormal threats secret, as exposure of said threats could lead to mass panic and, eventually, massive casualties in the wider civilian population.

Protect: The GOC always tries to protect individual humans, both operatives and civilians, whenever possible, as long as it does not go against the first two previous statements.

Destruction: The GOC should not take any risk with the survival of paranormal threats, as the very existence of the anomalous could be a risk to the human race's survival.

Education: The GOC should always expand their knowledge of paranormal threats, and to study said threats, as long as it does not go against the four previous statements.

The GOC was once known as the Allied Occult Initiative, which fought the Thule Society and Ahnenerbe Obskurakorp in the Seventh Occult War/WWII.

After the war, the countries wanted more oversight over the anomalous, and as the SCP Foundation (which already existed back then) was a more private organization, and no single country was trusted alone, the GOC was formed from 108 different and powerful anomalous/occult organizations.

Over the years the GOC has become a major player on the world stage, having even more funding than the Foundation, and is often seen as the "police of the paranormal world".

In 1953 the group SAPPHIRE, a member of the Council of 108, broke off due to ideological divergences.

The Coalition is usually led by an Acting Director whose role resembles that of the Administrator from the SCP Foundation. Notables Acting Directors of the Coalition have been Reginald Ulysses Law and Eric Burke. The Acting Director's immediate superior is the Undersecretary-General, a public official from the United Nations.

Each of the 108 occult groups having a representative in the Council of 108, the leadership of GOC, similar to the O5 Council of the SCP Foundation. Another important is the Nexus, which controls the network of Command Central hubs to coordinate and support local operations.

The PHYSICS Division is the action arm of the GOC, similar to the Mobile Task Forces of the Foundation. They observe, investigate, capture and/or neutralize anomalies. The two main arms of this Division are the Assessment Teams (Investigation & Observation) and Strike Teams (Combat & Assault).

The PSYCHE Division is the diplomatic arm of the GOC, which serve as liaisons with the paranormal community, and tries to keep peace with other paranormal powers.

The PTOLEMY Division is the support arm of the GOC. They vary from scientists and researchers from Research and Development who develop new technologies to Quartermasters, who oversee logistics from weapons to food.

Notable members of the 108

​​​​​​Relationships with other organizations

The GOC has a complicated relationship with the SCP Foundation. The GOC is known to criticize the Foundation for the use of D-Class personnel (a UN human rights violation in their eyes) as well as not always destroying anomalies. The Foundation on the other hand does not always agree with the GOC's methods as well, stating that destroying something anomalous might sometimes make things worse, as there is no going back from it (see SCP-1609). Despite this, the two groups often act as allies when it comes to global threats, such as SCP-2845 or the Scarlet King.

The Church of the Broken God and the Chaos Insurgency are usually viewed by the GOC as hostile forces, similar to the SCP Foundation, seeking to destroy the threatening groups.

The GOC is in direct conflict with the Serpent's Hand and has attacked the Hand's base of operations, the Wanderer's Library, which has caused much damage to the interdimensional location. The Hand called the Coalition as the "Bookburners", due to the GOC's habit of destroying anomalies.

The GOC, the SCP Foundation, the Horizon Initiative and the Church of the Broken God has also formed a secret alliance called "Triumvirate", in order to fight the threat of Grand Karcist Ion and the secret rise of his faith, Sarkicism.

As excepted Herman Fuller's Circus of the Disquieting has an extremely antagonistic relationship with the GOC, mostly due to the Circus' leader Icky having a grudge against the organization's Ichabod Campaign.

The GOC has a friendly and cooperative relationship with the government of the city of Three Portlands and its educational anomalous institutions such as Deer College. This is due to Three Portlands existing in its own pocket dimension safely hidden from the general public which doesn't oppose the GOC's goals. The members of GOC supervise the government and the educational institutions and even helped them when the SCP Foundation tried to take advantage of them as mentioned in the "Deer and Overseers" article. The GOC also oversees the technological metropolis of Eurtec, which was founded by the Council of 108's Servants of the Silicon Nornir.

During the SCP-6500 crisis in which all anomalies were being neutralized, GOC operative Martin Bowe and other members formed a splinter group dedicated to take complete control over magic and destroy the Foundation. Following Bowe's arrest and John Yttoric's appointment as the new leader of the splinter group, the Foundation decided to refer to the newly formed group as the Foundation Elimination Coalition, a title formerly used by General George Bowe's defunct organization. 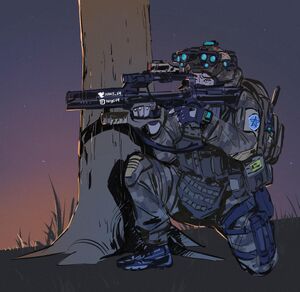 A member of the GOC. 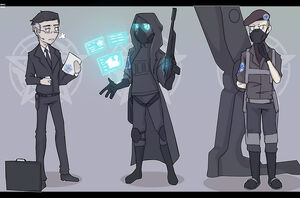 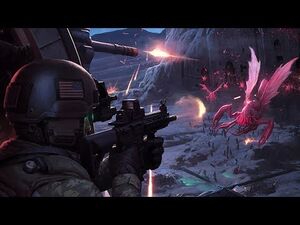 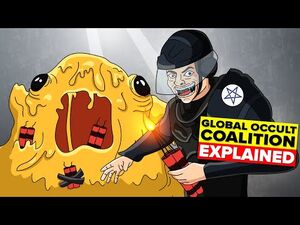