Heroes Wiki
Register
Don't have an account?
Sign In
Advertisement
in: One Piece Heroes, Elderly, Wise,
and 14 more

Despite her old age, Nyon is a strong combatant and she can survive being thrown out of a building by Hancock, but also land on her feet unharmed.

She is friends with Silver Rayleigh and Shakuyaku. She befriended with the Straw Hat Pirates's captain, Monkey D. Luffy, due to him causing an incident on Sabaody Archipelago by punching a Celestial Dragon. 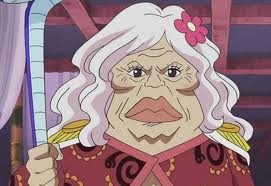