Gojira
Goji
King of the Monsters
Most destructive weapon on Earth

Fighting and defeating other monsters.

Avenge the death of his family by destroying the world.

Defeat the Gotengo (both abandoned).
Save Earth from the Xiliens (succeeded).

An irradiated prehistoric amphibious reptile kaiju, the Final Wars Godzilla was awakened by nuclear testing in 1954, and declared war on humanity as revenge. The Earth Defense Force was formed to combat Godzilla and the numerous other kaiju that appeared over the years, but was never able to defeat Godzilla. Finally, the EDF lured Godzilla to Antarctica for a final confrontation, with the Gotengo managing to seal Godzilla underneath the ice. Area G was constructed around Godzilla's icy prison, and he remained trapped there until the year 20XX, when he was awakened by the Gotengo to fight the monsters that are under the control of the Xiliens.

This Godzilla was awakened by nuclear testing in 1954, however, it wasn't killed by the Oxygen Destroyer, and merely trapped under the Antarctic ice sheet for decades, before rising again.

Sometime in the 1960s, the EDF lured Godzilla to Antarctica where he gets buried on ice by the Gotengo.

Decades later, when the Xiliens controlled monsters to go on a rampage around the world, the Gotengo was sent out to release Godzilla, when it was believed that he is the only hope. Godzilla was released by the Gotengo, that was attacked by Gigan, who Godzilla quickly defeated. Godzilla then follows the Gotengo, believing his battle with the Gotengo from decades ago was still ongoing, and it led him to fight and defeat all of the Xiliens's monsters around the world eventually ending with Tokyo. When Godzilla sees the asteroid Gorath that was sent earlier by Controller X, he destroys it with his powerful atomic breath, which caused an explosion that reduced most of the city into a crater. As Godzilla stands in the middle of the ruins of Tokyo, Monster X, the evil monster who was actually inside the Gorath asteroid, descends to the ground behind him, then both monsters face and battle against each other, but it turns out that Monster X was more than a match for Godzilla, capable of fighting with incredible speed and ferocity. Mothra then comes to help Godzilla, only to be confronted by a newly repaired Gigan. But then, Mothra eventually defeats Gigan, and Godzilla begins fighting Monster X alone.

After the Xilien Mothership self-destructed, Godzilla and Monster X get locked into a beam battle, which resulted in a huge explosion, knocking both monsters to the opposite sides of the city. Monster X then transforms into Keizer Ghidorah, and begins to overpower Godzilla and then proceed to drain his energy, only to be overwhelmed when Ozaki used the Gotengo's Maser Cannon to transfer his Keizer energy to Godzilla. Godzilla eventually gains the upper hand, fights back and finally defeats Keizer Ghidorah with his spiral heat ray, destroying him for good.

Afterwards, he shoots the Gotengo with his atomic breath, causing the ship to crash. Before Godzilla could kill the Gotengo crew, Minilla steps in and stops his father from making any more attacks. Godzilla finally forgave humanity, left Tokyo peacefully and walked out to the sea, with Minilla following him.

Like many other incarnations of Godzilla, the Final Wars incarnation can be best described as anti-heroic. In the movie, he seems to be aggressive towards any creature or person that he sees as a threat to him, as he immediately attacks the Xillien’s monsters without a second thought even when he just emerges from his icy prison. However, this Godzilla has a malicious side to him, as after he defeats Keizer Ghidorah, he immediately attacks and crashes the Gotengo despite the fact that they energized and helped him when he was on the brink of death, basically saving his life (though he may have not been aware of this fact). The reason why he did this is because of his grudge against the ship for burying him on ice several years prior. However, he eventually stops himself thanks to Minilla convincing him not to attack. While he doesn’t have much interaction with his son, it clearly seems like he cares for him, as he listens to Minilla’s pleas to let go of his hatred towards humanity.

This incarnation of Godzilla possesses the iconic atomic breath like his past incarnations. His atomic breath has been shown to pack immense amounts of power, able to one-shot weaker opponents such as Zilla, Hedorah and Ebirah, destroy Gigan’s head in one blast, match a meteor that obliterated Tokyo and match Monster X’s own Destroyed Thunder blasts.

After being booster with Keizer energy from Ozaki, Godzilla used a Spiral Heat Ray to obliterate Keizer Ghidorah. This ray is seemingly even more powerful than his already strong normal atomic breath, able to push the 100, 000 ton Ghidorah into the sky within seconds.

During the final battle with Keizer Ghidorah, Godzilla was able to absorb the Keizer energy that Ozaki transferred to him, gaining a significant power boost and releasing a shockwave of energy that freed him from Keizer Ghidorah’s grip.

Godzilla was shown to have near absurd levels of physical strength and agility in Final Wars. Examples of his strength include throwing Kumonga over the horizon after swinging him around, launching Zilla into the Sydney Opera House with one hit of his tail, and hitting the curled-up Anguirus high enough to hit Rodan when he fought the two monsters and King Caesar. In the same scene, he’s shown to have near-human agility and skill, running and jumping with athletic skill despite his massive size (though it is worth mentioning that like the other Japanese Godzillas he was portrayed by a man in a suit).

Like his strength and agility, Godzilla possesses durability, the most famous example being when he tanked the Gorath meteor point-blank, which resulted in a massive crater that encompassed a very large area of Tokyo, and, as Death Battle says he “didn’t even flinch”. Even before that, he was already able to tank attacks from other monsters and was only seriously injured during his battle with Monster X/Keizer Ghidorah and the upgraded Gigan. 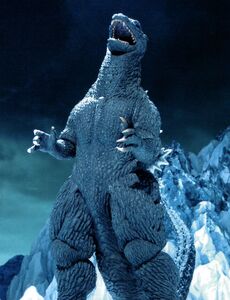 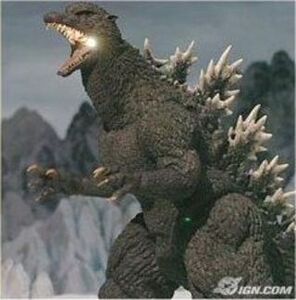 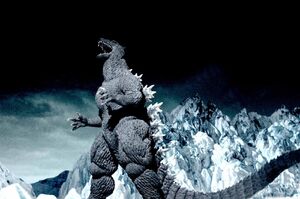