Gomez Addams is the main protagonist of The Addams Family TV shows and movies. He is the father of Pugsley and Wednesday and later Pubert Addams, and the husband of Morticia Addams and brother of Fester Addams, all of whom he loves far more than anything else in life. He was portrayed by the late Raul Julia in both live action films, John Astin in the TV show, and Tim Curry in Addams Family Reunion. 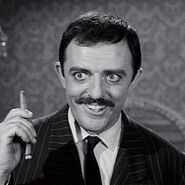 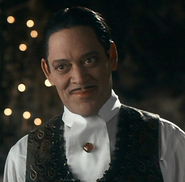 Gomez and Morticia in their family cemetery
Add a photo to this gallery
Retrieved from "https://hero.fandom.com/wiki/Gomez_Addams?oldid=842446"
Community content is available under CC-BY-SA unless otherwise noted.