The Gorengers were the first Super Sentai team, originally formed by the Earth Guard League to defeat the Black Cross Army.

When world peace is threatened by the emergence of an international secret society of evil called the "Black Cross Army/Black Crusaders" (黒十字軍, Kuro Jūjigun), the United Nations sets up an international peace organization called "EAGLE" (EArth Guard LEague) (国際的平和組織イーグル, Kokusaiteki Heiwa Sōshiki Īguru) to combat the threat. This special army is distributed to various parts of the world (designated as "Blocks"). One of the largest "Blocks" is Japan.

The "Black Cross Army/Black Crusaders", fearful of this united threat against them, decides to launch a surprise attack against the Japan EAGLE Block and sends five of its most dangerous cyborg operatives to attack Japan's various EAGLE branches.

Across Japan the Black Cross Army decimates its targets, killing all those who oppose them. Yet from the ashes of these destroyed bases, five young recruits miraculously survive and vow vengeance. Given a special interlocking "key", the various survivors are summoned to snackshop "Gon", secret gateway to EAGLE Japan's main command center by Japan's EAGLE Commander Edogawa Gonpachi. There they are given special formfitting electronic battlesuits, which empower its wearer with various superhuman abilities. Edogawa tells them that they are the Secret Squadron "Gorenger", the world's best chance against the forces of the Black Cross Army. Armed with these battlesuits and other special weapons created by EAGLE scientists, they exact their revenge upon the Black Crusaders who killed their comrades and dedicate themselves to crushing the remaining forces of the Black Cross Army and its sinister leader, Black Cross Führer.

After the Gorengers defeated the Black Cross Führer, a new Sentai team, J.A.K.Q. Dengekitai, emerged to face a new threat, Criminal Organization Crime. Crime was defeated, but Boss Iron Claw started to bring it back, aided by the Crime Big Four, who had remnants of the Black Cross Army at their disposal. The Gorengers battled General Sahara and his Sahara Battalion in Africa while Kikaider and Kamen Riders V3 and Amazon took on other Crime leaders.

While investigating a UFO in the Sky Ace, the JAKQ team were caught off guard by the return of the reformed Crime with the Crime Big Four leading Iron Claw's armies. The next day, Heart Queen and Spade Ace encountered Peggy, who had pursued the Sahara Army to Japan. After Peggy reveals the markings on a murdered man's back, JAKQ learned of Crime's Citybuster project and the location of the syndicate's island base. Managing to infiltrate Crime's base, Ace and Queen learned of Iron Claw's plan to use the "Citybusters" on United States, the Soviet Union, the People's Republic of China, France, the United Kingdom, West Germany, and Japan while he and his forces retreated into space via UFO, wiping out any opposing threat by the time their return as overlords of space. After saving Peggy, Spade Ace Heart Queen escaped the base before they were surrounded by the Crime Big Four and their armies. However, Clover King and Dia Jack along with the rest of the Gorenger team appeared. The two Sentai teams managed to defeat the four Crime armies before the Crime Big Four join the fray. But unable to defeat JAKQ and Gorenger in their individual forms, they “combined” to form the super cyborg entity “Big Four Robo”, overwhelming them until Big One arrives and suggest using the Gorenger Hurricane Big Bomber combo to destroy the monster. However, though it seemed hopeless as Iron Claw retreated in his UFO and began to activate the Citybuster, it turned out Big One switched his hand with a remote controlled one that he used to activate the UFO's self destruct. Thus the Gorengers and JAKQ managed to finish Crime for good.

Years later, the Space Empire Zangyack invaded Earth. This threat was so great that all of the first 34 Super Sentai were needed to oppose them. The older Akarenger, being the original red hero, and the leader of the first Super Sentai, assembled the Sentai as their leader, with Big One as his right-hand man. The 34 Sentai put up a valiant fight against the ground forces, but when the Zangyack fleet itself attacked them, Akarenger told everyone to combine their powers and save the Earth. This destroyed the Zangyack fleet and resulted in the loss of their powers, which resurfaced as Ranger Keys, that were dispersed throughout the universe.

The keys were collected by AkaRed, and later utilized by the 35th Super Sentai, the Gokaigers, a group of five people from different planets who came to Earth in search of the Greatest Treasure in the Universe. Ep. 1: The Space Pirates Appear When the Gokaigers joined forces with the Goseigers against the revived Black Cross Führer, now known as the Black Cross King, they were addressed by Tsuyoshi, along with several other representatives of past Sentai teams. Tsuyoshi told them that his and the other Super Sentai's ability to fight was taken from them but, the feelings in the Ranger Keys are eternal. Tsuyoshi granted the greater power of his team to the Gokaigers, the Variblune, which was created out of a salaryman's replica of the original Variblune. The Gokaigers combined their robo with Variblune to form Goren GokaiOh, using the Gokai Hurricane Cassiopeia to destroy the Black Cross King. Gokaiger Goseiger Super Sentai 199 Hero Great Battle

Tsuyoshi was the last Sentai alumni to see the Gokaigers off after they finally defeated the Zangyack and left Earth to find the second greatest treasure in the universe, telling them that they did well and to seize their treasure as their own this time as the Gokai Galleon sailed off back into space. As they leave, his Ranger Key gloeds once he looks at it, then as he turned away from the ship, his key glowed again, changing him back to Akarenger as he headed off once again. Presumably the rest of the Gorengers have their powers back as well. Final Ep.: Farewell Space Pirates

Akarenger appeared with Kamen Rider #1Icon-crosswiki leading a force of Sentai and Rider reinforcements that came to assist the Sentai and Riders of recent years who were overwhelmed by the revived monster army of the Space Crime Syndicate MadouIcon-crosswiki. The combined forces of superheroes were able to turn the tide against the Madou army. They lined up and used their various finisher attacks to destroy the revived monsters.

After Demon King PsychoIcon-crosswiki was destroyed and the battle was finally over, Akarenger appeared standing on a cliff with all the other heroes who appeared to help, to say goodbye to the heroes of recent years before taking their leave. Kamen Rider × Super Sentai × Space Sheriff: Super Hero Taisen Z

Continuing his vigilance over the Super Sentai, Akarenger met Yoshitaka Igasaki, grandfather of the Shuriken Sentai Ninninger, while catching up with NinjaRed and HurricaneRed, reminding the ninja Sentai tutors that they were not that different from their successors when they first started. Akarenger understood Yoshitaka's request to wait for his grandchildren to become stronger, noting his observation of previous Super Sentai progressing the same way. Shinobi 7: Spring Ninja Festival!

Akarenger appears as part of a conference of the first 38 Reds whom address the Ninningers and Zyuohgers. Doubutsu Sentai Zyuohger vs. Ninninger: Message from the Future from Super Sentai 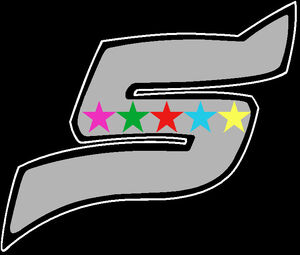 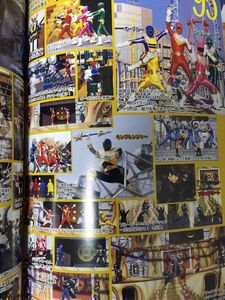 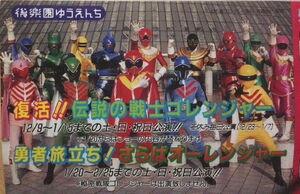 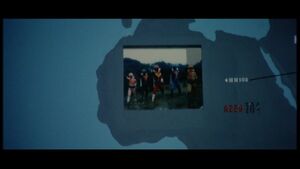 Gorenger as seen on a map showing the fight against General Sahara in the Sahara Desert. 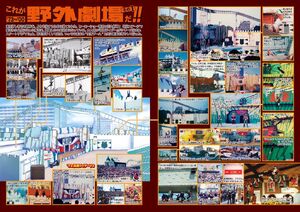 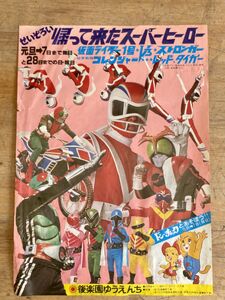