Spending time with his girlfriend.

Stop Shade and free their hostages.

Superhero
Goro aka Kamen Rider G is the main protagonist of the mini-production Kamen Rider G created for the 10th anniversary of the Heisei Era.

Goro was a guinea pig in Shade for tests and was wiped of his memories. When he sees that his girlfriend Eri Hinata is amongst the hostages Shade has taken, he regains his memories and turns on the Shade terrorists. Oda is forced to reveal himself as the Phylloxera Worm, and reveals that several other Shade members have been converted into Worms. Goro transforms into Kamen Rider G to take on the Worms, defeating them all save for Phylloxera who is much too strong for him.

Goro was one of the Riders who showed up to fight against the Quartzer as they initiate their plans to take over the world.

G's powers are mostly based on wine, and even his weapon is based on a bottle opener. His finisher is the Swirling Rider Kick.

Kamen Rider G's transformation belt resembles a wing corkscrew. He transforms by inserting a small wine bottle into the belt and then pulling the lever, similar to how a wing corkscrew is normally used.

Kamen Rider G can summon a sword resembling a sommelier knife from the "G" symbol on his chest. The sword has two blades that are retractable and its handle is in the shape of the letter G. 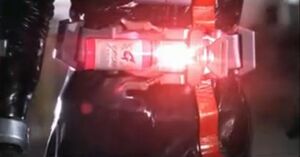 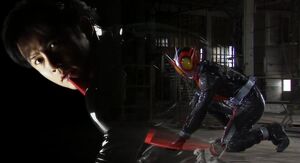 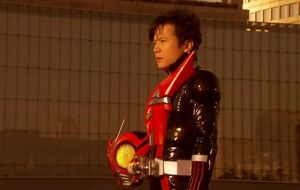 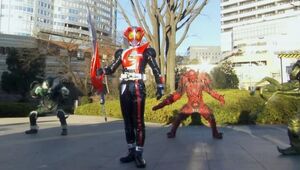 G armed with his sword. 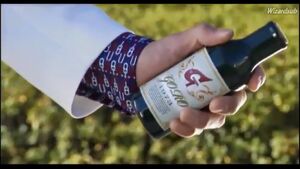 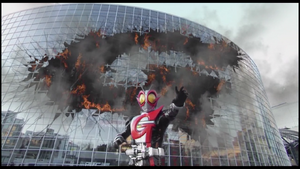 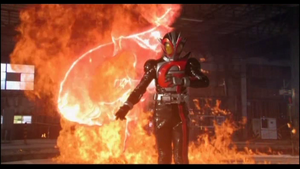 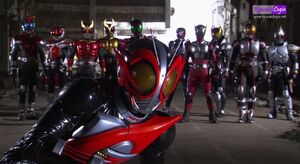 Retrieved from "https://hero.fandom.com/wiki/Goro_(Kamen_Rider_G)?oldid=1963949"
Community content is available under CC-BY-SA unless otherwise noted.