Heroic Monster
Gossamer is a recurring character of the animated series Looney Tunes.

He is a large monster covered in red fur and long arms with dirty yellow claws and wears tennis shoes.

He is 9 years old in The Looney Tunes Show and the adoptive son of Witch Hazel who hates Daffy Duck. Unlike his mother, he loves Daffy Duck and he has a kid voice in The Looney Tunes Show when he reprises the songs of "I Love to Singa!" from 1936 shows and "September in Rain" made by singers including an owl with jazz skills. When in Duck Dodgers episode of Looney Tunes, he resides in the giant egg in his house, he was shaved by Porky Pig with scissors for monsters.

In an episode of Looney Tunes when he was an adult, he was nicknamed Rudolph by the mad genius to have an invented hair that Bugs Bunny pretends to be a beautician, he was shrunken down to mouse size and kicks the mouse out of the mouse hole, he has then a high-pitched voice.

In The Looney Tunes Show

Gossamer debuts in The Looney Tunes Show, as Witch Lezah's shy and nerdy son and while he may be an eight-foot-tall monster, he is an awkward yet sweet nine year old in middle school.

Despite being an eight-foot tall monster, Gossamer is a very shy, yet sweet middle-schooler. He is very affable, and has been raised well. Despite being very awkward and nerdy, Gossamer has a good heart, and is always kind to others. Gossamer has an excellent quality of singing September in the Rain. In "Monster Talent," it was revealed that Gossamer has a habit of saying the word "sorry." He is often misunderstood, for when he called his mom a witch, she took it in an offensive way. 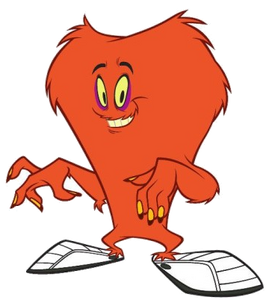 Gossamer in The Looney Tunes Show 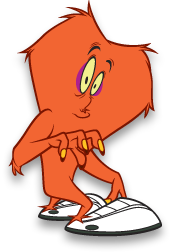 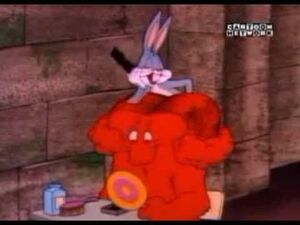 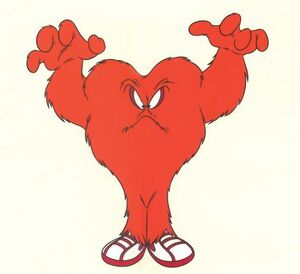 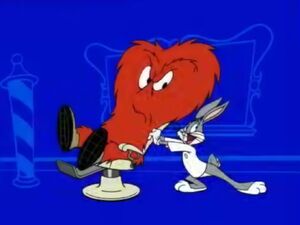 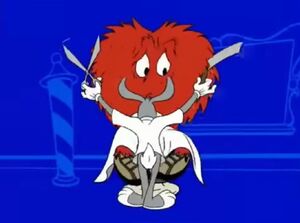