Win the Tournament of Power (failed)

Pacifist, Nurturer, Wise Mentor
Gowasu is a supporting character in Dragon Ball Super. He is the supreme kai of the tenth universe and Zamasu's former mentor. He is good friends with the Supreme Kai of the 7th universe.

He is voiced by Garrett Schenck in the English dub, and the late Tetsuo Gotō in the Japanese version.

Gowasu is an elderly Shinjin with light, yellow, wrinkled skin, pointy ears, and white hair in the style of a mohawk flipped to the side. He wears a gray and yellow coat with a violet long-sleeved shirt underneath, a light blue sash, darker blue baggy pants, and white boots. He also wears gold and green Potara, the decoration of the Supreme Kais.

Gowasu is the complete opposite of Zamasu, as Gowasu is wise, nurturing, good-natured, caring and understanding because he respects all living things, both good and evil. He believes in watching and caring for the balance of the universe, creating life without interfering directly with it thus being neutral in internal affairs. Gowasu is also very peaceful and humourous as he likes to make a joke every once in a while, showing he has a sense of humor and knows violence never solves anything in dealing with humans and other mortals as it will only make things worse. Gowasu seems to hate hypocrisy as he calls out Zamasu for his cruel and vindictive ways of dealing with mortals over and over again. Gowasu is also quite mild-mannered as murder only causes more pain, sadness and suffering when he scolds Zamasu for taking his hatred of mortals (especially humans) way too far as it only leads to more hatred and misfortune. 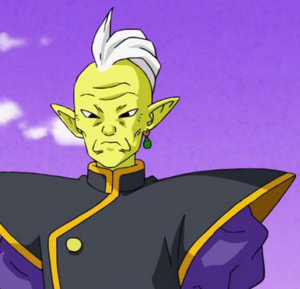 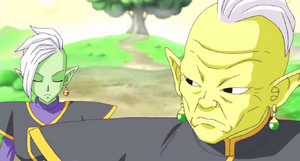 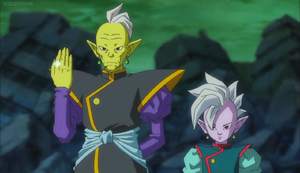 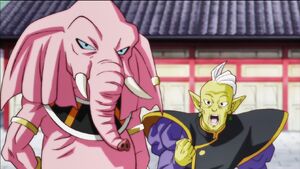 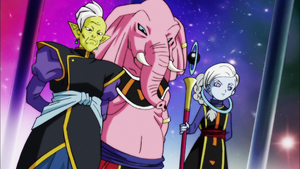 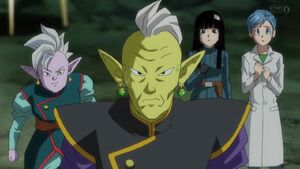 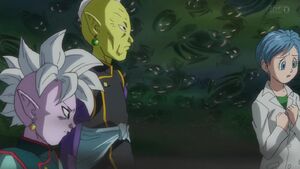 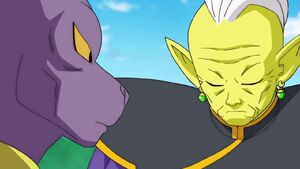 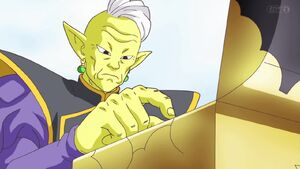 Gowasu locking up the Time Rings for good so they will never fall into the wrong hands again. 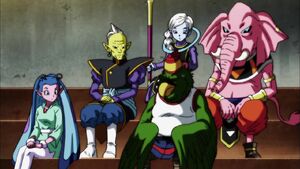 Gowasu with some members of Team Universe 10. 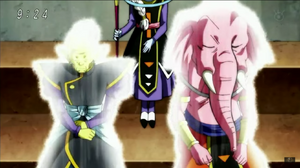 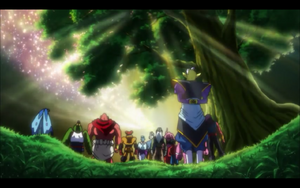 Gowasu and others has been resurrected 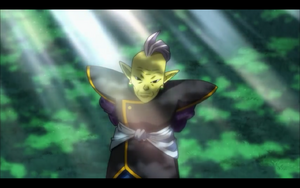 Retrieved from "https://hero.fandom.com/wiki/Gowasu?oldid=1790993"
Community content is available under CC-BY-SA unless otherwise noted.