Gowther, also known as the Goat Sin of Lust, is one of the main protagonists of the anime/manga/light novel series The Seven Deadly Sins. He is a doll created by his namesake, Gowther of Selflessness, and is a member of the Seven Deadly Sins. His Sacred Treasure is the Twin Bow Herritt, which he uses in conjunction with his inherent power, Invasion.

He is voiced by Yuhei Takagi in the Japanese version, and by Erik Scott Kimerer in the English dub.

Gowther has amber eyes and dark red hair (sometimes depicted as magenta) that reaches just past his jaw. His usual attire consists of a gray long-sleeved shirt underneath a white sleeveless top as well as a pair of dark pants and short boots. After Bartra made him dress like a maid, Gowther adopted an unusual habit of wearing women's clothes.

Gowther was created in the image and likeness of the woman his creator loved, but to feel no attraction for his creation, he gave the body of a man. He has a very feminine face and as such can be mistaken for a girl.

Gowther also wears a pair of glasses with light frames and apparently cannot see without them. This was first discovered when he disguised himself as Armando. Gowther also has the ability to change aspects of his appearance, although he is limited to only his hairstyle and skin color.

In flashbacks and on his wanted poster, Gowther is depicted as a large suit of armour, although he is still smaller than people of the Giants' Clan. His face is never seen, instead he is only ever seen wearing a set of full silver body armour with a helmet featuring a pair of horns, one of which is broken. The most notable part of his armour are his massive spiked metal shoulder plates.

His Seven Deadly Sins Goat symbol is located on the right side of his chest.

During the battle between a deformed Dale and Dawn Roar, Gowther first shows himself speaking in his distinctive, emotionless manner. His expression never changes, being completely blank, and his speech bubbles are uniquely square, compared to the round bubbles of everyone else. Yet despite his emotionless nature, Gowther does care about others. This is shown when he protects Pelliot from the Armored Giant's attack.

He is shown to be completely unaware of others' feelings, has shown an inability to understand the meaning of friendship. He often states things factually without realising that what he says can upset people. He decides to assist Elizabeth on her journey, not because of a desire for justice, but because he felt obligated as a member of the Seven Deadly Sins. Since Gowther doesn't understand emotions he goes to great lengths to understand them better. For example, he often observes Meliodas and Ban's friendship, and he is not beyond using his powers to experiment on others, as seen when he brainwashes Guila.

Despite his title, he has been shown to not normally be lustful; even when he brainwashed Guila into loving him, it was not out of lust. It was only out of curiosity of human emotions and his lack of understanding that it wasn't okay to do, rather than a predatory desire for her. As such, it is likely that his title may now refer to a lust for knowledge, rather than in the conventional sense. He has also displayed a cold and rather cruel side when using his Nightmare Teller technique on another person, remarking on how fragile humans are when confronted with their deepest fears. Despite Gowther's emotionless nature, he appears to enjoy posing whenever he introduces himself or when on a mission.

In the past Gowther was shown to be quite emotional and rather playful, often seen laughing and playing games. Even when he was fighting, there was no ill will or malice in his actions. However he would also get very distraught easily, tearing up whenever the prospect of being alone was evident. After much time, the idea of being alone again proved to be too overwhelming for him, leading to who Gowther is in the present.

Since regaining both his memories and his emotions, Gowther's personality has amalgamated aspects of his younger self and present self. While retaining his factual manner of speaking, Gowther has expressed more affection and excitability in his mannerisms. He has also picked up on social situations, such as King inviting him to a round of drinks to ease the tension between them, though Gowther still retains a certain aloofness about him. Along with his newly rediscovered emotions, Gowther strives to be a kinder person. 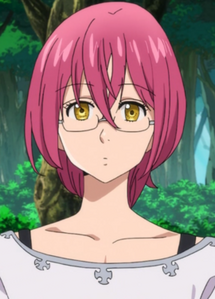 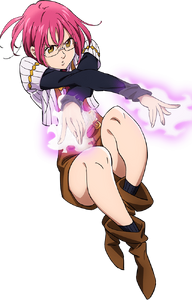 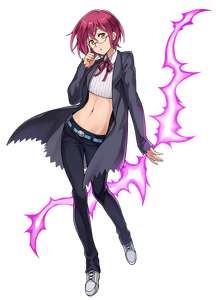