Heroes Wiki
Register
Don't have an account?
Sign In
Advertisement
in: Articles under construction, Female, Movie Heroes,
and 11 more

Grace Farrell is a major character in the musical Annie and both of its film adaptions. She is Oliver Warbucks/Will Stacks' faithful personal assistant and Annie's mother figure.

Grace is first seen inside Miss Hannigan's orphanage. She explains to Miss Hannigan that she is the secretary for billionaire Oliver Warbucks, and is there to take an orphan to Warbucks' mansion for Christmas. Grace, taking pity upon Annie, chooses her, much to the joy of the other orphans, and the dismay of Miss Hannigan.

She gives Annie a tour of the house, which includes an indoor swimming pool and a tennis court. She assures Annie that she will live comfortably at Warbucks' mansion and that she will be playing like a pro at tennis in no time ("I Think I'm Gonna Like It Here").

During Annie's stay, Grace makes sure Oliver spends enough time with her. In one instance, he tries to conduct a business meeting over the phone at an ice cream parlor, when he should be with Annie. Gesturing for a pen, Grace instead hands him a spoon, reminding him to spend time with Annie.

Grace takes his role as Annie’s mother figure seriously, as she cares greatly about her. She wants Oliver to spend quality time with Annie, when the man initially refuses to. 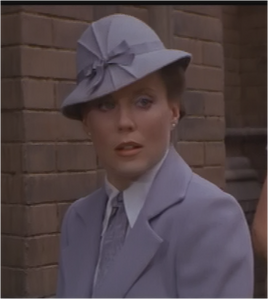 Grace Farrell in the 1982 film 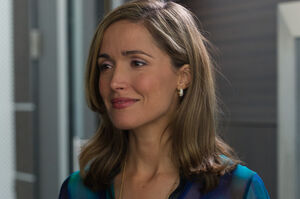