Heroes Wiki
Register
Don't have an account?
Sign In
Advertisement
in: Cleanup, Article stubs, Articles under construction,
and 23 more

Grandpa Lemon is one of the protagonists in the Annoying Orange Youtube show, plus the TV show. Not much of his past is known, he also was revived in Frankenfruit after getting knifed in his first appearance as a part of Frankenfruit's left leg. Grapefruit, Midget Pumpkin and him were the only ones to survived the Halloweenie's attack.

Grandpa Lemon is one of the three main characters who have been knifed but revived later in the series (the other two being Grapefruit and Apple). He is a founding father of The United Fruits of Amerifruit. He used to go by the name of Bejamin Franklemon, and it is revealed in Founding Fruits that he is over 200 years old. He first appeared in the episode Grandpa Lemon, where he and Orange were having a very odd conversation. Orange was trying desperately to annoy Grandpa Lemon, however all of his attempts failed, due to Grandpa Lemon's bad hearing and his sleeping disorder (which is so severe that he even fell asleep while getting knifed).

In Asked Orange 70, Orange turned Grandpa Lemon into a seed each time he "nya nya" only for Midget to go planting him. 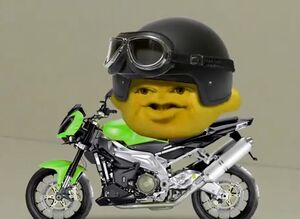 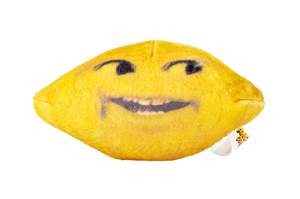 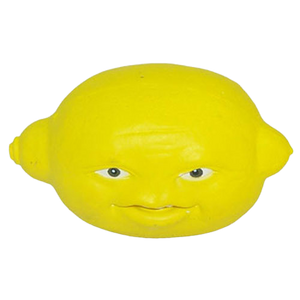