Immense physical strength and endurance coming from his giant size.

The Yogi Yahooeys
The Scooby Doobies

Grape Ape is an anthropomorphic giant ape and best friend of Beegle Beagle. He is the titular protagonist of the show of the same name.

Grape Ape is a 40-foot purple gorilla with the mind of a child. His catch phrase is saying his name twice ("Grape Ape, Grape Ape") after anything anyone says, usually as a form of agreement or acknowledgement of what was said. He travels the countryside with his canine pal Beegle Beagle, whom he calls "Beegly Beagly". Grape Ape has joined in Yogi Bear's team, the Yogi Yahooeys. and is the only 1962-post member of the team.

He has purple fur and wears a green shirt, a hat, and a dark green bow tie.

He often just says "Grape Ape" in any situation, but he's capable of more speech.

He has giant size and immense strength. 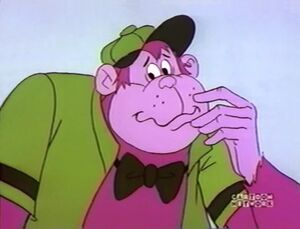 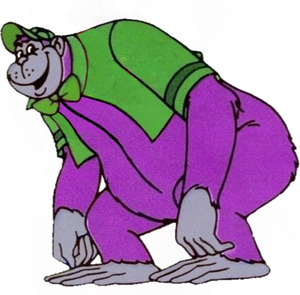 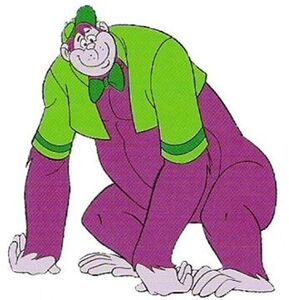 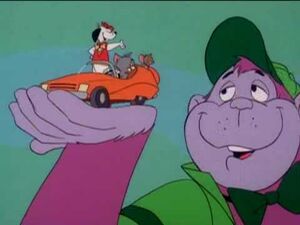 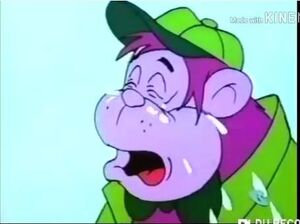 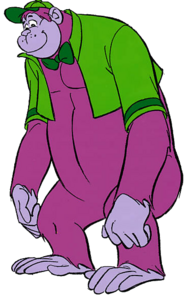 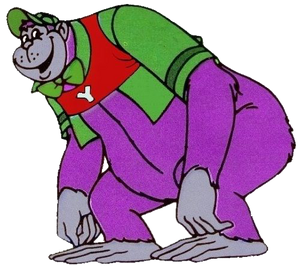 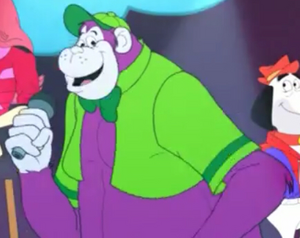