Physiology alteration onto any objects

Can operate on land, sea and air
Espionage

"Great Britain" (abbreviated as G.B.) aka Cyborg 007 is the seventh of the 00 Cyborgs and one of the main protagonists of the Cyborg 009 manga by Shotaro Ishinomori. He possesses the power to rearrange his atomic structure to shape-shift into almost anything he can think of, though this ability is not without its limits. He is often seen in the company of Cyborg 006. He was 45 years old at the time of his abduction and eventual cybernetic operation done on him.

Originally a famous actor in England known by his stage name "Great Britain", at the height of his career G.B. became an alcoholic, eventually leading to him spiraling out of stardom and becoming a washed-up drunk.

After being kicked out of a bar, G.B. was picked up by Black Ghost operatives, who brought him to one of their laboratories to be experimented on and converted into the seventh model of their 00 Cyborg line, Cyborg 007. G.B. received cybernetic modifications that granted him the power to alter his body's physical shape in any way he could think of.

After Cyborg 009 was added to the line, the nine 00 Cyborgs made their escape from Black Ghost with the assistance of an ex-Black Ghost scientist named Dr. Gilmore. From there, 007 and the 00 Cyborgs began opposing Black Ghost's efforts to stir up conflict around the world. 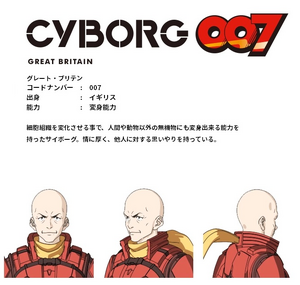 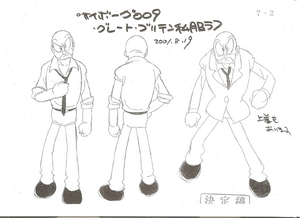 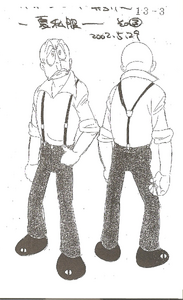 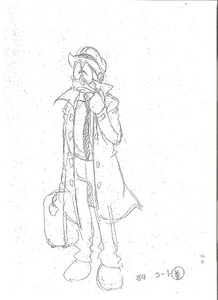 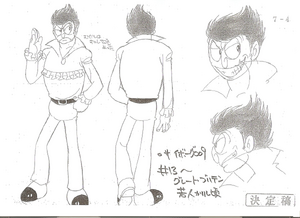 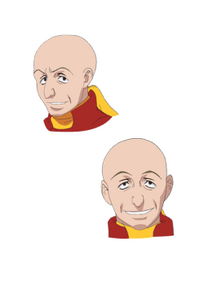 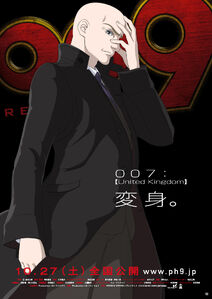 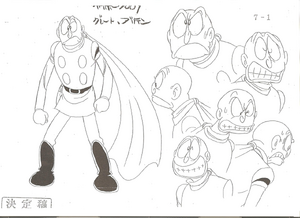 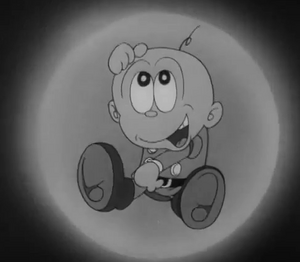 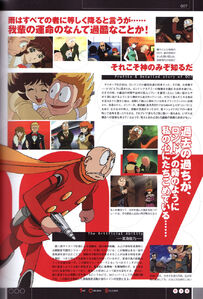 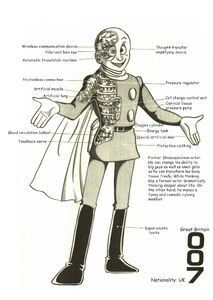 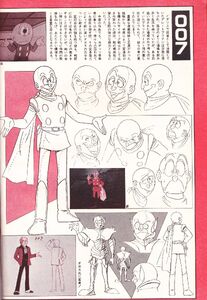 Add a photo to this gallery
Retrieved from "https://hero.fandom.com/wiki/Great_Britain?oldid=1370238"
Community content is available under CC-BY-SA unless otherwise noted.