Misguided
Pawn of the Villain

Green Earth is one of the five main nations in the Wars World and a major faction in the Advance Wars series of video games. They are initially presented as being the main antagonists in the first Advance Wars game, but it is later revealed they were deceived into attacking Orange Star by Black Hole and Clone Andy.

They were tricked into fighting Orange Star by Clone Andy, who impersonated the real Andy and led a fake Orange Star attack on Green Earth, causing them to declare war on Orange Star in retaliation to Orange Star's alleged aggression. However, after Black Hole's machinations are revealed, Green Earth joins the other Wars World nations in stopping Black Hole.

They were later invaded when Black Hole returned and launched a second attempt to conquer all of the Wars World nations. After Green Earth COs Eagle, Drake and Jess push the Black Hole forces out of Green Earth, Green Earth joins forces with the other Macro Land nations to launch a final assault against Black Hole. 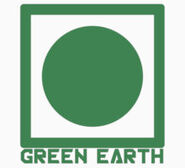 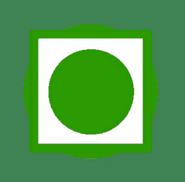 Retrieved from "https://hero.fandom.com/wiki/Green_Earth?oldid=2282312"
Community content is available under CC-BY-SA unless otherwise noted.