Penelopea, or better known as Green Shadow, is one of the main protagonists of Plants vs. Zombies Heroes. She is a Plant Hero of Peashooter, who leads Mega-Grow and Smarty Classes.

During the tutorial, Dr. Zomboss used his Hero-Tron 5000 to transform all zombies into Zombies Heroes, until he accidentally malfunctioned it and transformed a Peashooter into Green Shadow. Crazy Dave later introduced her and instructed the players on how to defeat Super Brainz. After the malfunction of the robot, she can be seen with Crazy Dave planning to unite all Plant Heroes to stop all Zombie Heroes.

In Impfinity's Wild Ride, after Impfinity caused mischief in the Sharkbite Shores Amusement Park, Green Shadow, Solar Flare, Wall-knight, and Grass Knuckles had to stop him. The Plants managed to destroy his belt, which used to create his clones. However, when the heroes were celebrating, he managed to escape through the rollercoaster carriage.

In Junkyard Ambush!, while Green Shadow, Solar Flare and Spudow searching for a tire for Penny, Rustbolt suddenly attacked the heroes. They fought until Spudow found a giant magnet, which weakened him and Solar Flare finally found what Penny needs.

She can be seen in Ice Zombie Cometh while riding in a slide, until Brain Freeze froze the entire water park into a place of his own. She can be seen capturing him after Solar Flare used her power to set things back to normal.

In IMPossible Mission, she, alongside Grass Knuckles and Citron, foiled Z-Mech's plan of making more battlesuits. When he and Dr. Zomboss saw them, he deployed his suit to fight them back, until Citron used his spindash to instantly defeat them.

In Beware the Bewitching Zombie, when Immorticia tried to attack a group of Trick-or-Treaters, Green Shadow, Grass Knuckles and Nightcap got into action, until she managed to use her spell against them. Seeing this, the young sprouts used toilet roller to tie down the bats and Immorticia, and she can be seen pouring candies in the basket.

In Dance-Off at the Disco, after Electric Boogaloo entered the dance room, she, alongside Spudow fought him back, only let him used his shocking moves instead. Solar Flare used her DJ skills, which gained advantages to the heroes, and they earned a trophy with Electric Boogaloo defeated.

In Zombopolis Apocalypse!, when Super Brainz tried to bring fame for himself by giving away false news and replaced the mayor's statue with his own, she, alongside Solar Flare, Grass Knuckles and Spudow tried to attack him, but easily got counterattacked by him. Later, the heroes saw him being distracted by a group of mirrors, they made an ambush on him. Finally, while putting the mayor's statue backup, the heroes were wondering who is the reporter, which was Super Brainz in disguise.

In Battle for the Belt, after The Smash defeated a Cactus, Green Shadow, Solar Flare, Wall-knight, and Grass Knuckles challenged him for a battle. They fought with him until Grass Knuckles tossed Wall-knight at him, and the plants won a belt.

In the old version of the comics, The Smash managed to defeat the Plant Heroes and won.

In A Schooling at Zombie U, Green Shadow, Grass Knuckles, and Spudow attacked Professor Brainstorm while unleashing his teleporter. They fought until Spudow tossed his explosive head at his creation, and Professor Brainstorm is seen punished for his actions by writing on the chalkboard not to teach zombies to eat brains.

In Battle at the BBQ, when Super Brainz turned on the plant signal, she checked out and interrupted the party. The Zombie Heroes had a fight with her until The Smash tossed her into Brain Freeze's jelly, making him sad and the zombies were victorious.

In Solar Flare's introduction comic strips, she can be seen with Crazy Dave and two plants being surrounded by zombies. Solar Flare solved the problem by using her power, with the heroes celebrated by having s' mores.

In The Smash's introduction comic strips, she tried to attack him while opening a brain jar, until he crushed it, which created a large crater with herself fainted.

In Immorticia's introduction comic strips, Green Shadow, alongside Solar Flare and Grass Knuckles chasing her, until she summoned a large wave of bats to counterattack them.

In Z-Mech's introduction comic strips, she can be seen with some plants chasing him, until he ran into his lab and unleashed his battlesuit.

In Neptuna's introduction comic strips, she can be seen sunbathing until Neptuna dropped a large octopus on Crazy Dave for insulting her, which made her and the plants ran away.

In Beta-Carrotina's introduction comic strips, she, alongside some plants having a backyard party until she alerted them that Huge-Gigantacus is coming.

Green Shadow's signature ability is Precision Blast, which can deal 5 damages to enemies in the middle lane. Her supportive powers are Big Chill (she can freeze a zombie and draw a card), Whirlwind (she can bounce a random zombie on the field), and Embiggen (she can increase a plant's health and strength by 2). 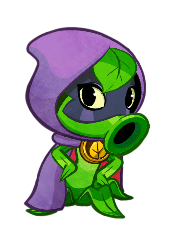 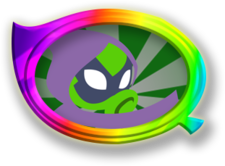 Precision Blast
Add a photo to this gallery

Retrieved from "https://hero.fandom.com/wiki/Green_Shadow?oldid=1770694"
Community content is available under CC-BY-SA unless otherwise noted.