Clone Commando in the Grand Army of the Republic(formerly)

Captain of Foxtrot Group (formerly)
Member of the Alliance to Restore the Republic.

Gregor, real name CC-5576-39, is a supporting character in the Star Wars franchise. He was a Clone Commando who fought in the Battle of Sarrish.

He was voiced by Dee Bradley Baker.

Gregor was fought alongside an elite team of clone troopers in the Battle of Sarrish. After the battle, the survivors thought Gregor was withdrawn. The Republic helped Gregor regained his memories and he agreed to help them in a mission. He salvaged his armor and weapons from his boss to foil a Separatist bombing plan.

Gregor used the explosive kegs to destroy the battle droids and most of the Separatist building. Gregor's partners refused to leave him but Gregor insists that he will return. 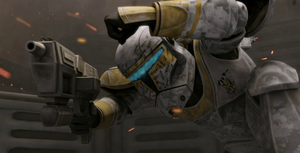 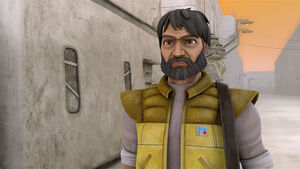 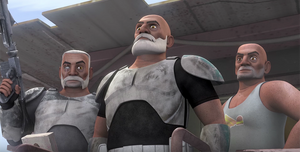 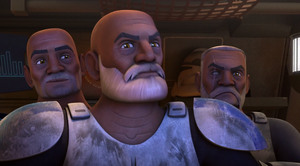