Heroes Wiki
Register
Don't have an account?
Sign In
Advertisement
in: Spoilers, Five Nights At Freddy's Heroes, Kids,
and 36 more

Evade Vanny and the animatronics.
Uncover the mysteries of the pizzeria.
Defeat Burntrap (all succeeded).

Gregory is the main protagonist of the 2021 horror video game Five Nights at Freddy's: Security Breach.

He is an enigmatic young boy who is locked inside the Freddy Fazbear's Mega PizzaPlex, and is attempting to avoid its killer animatronic attractions and escape it. He is assisted by the main animatronic Glamrock Freddy, who protects him from the various threats within the PizzaPlex.

He is voiced by Marta Svetek, who also voices Vanny in the game.

Gregory is a young boy with light skin, brown hair, and brown eyes. He wears a dark blue polo shirt with two white rings around its torso, as well as beige shorts, white socks, and red sneakers. He also has a band-aid on his right cheek and left knee, and commonly wears a Freddy Fazwatch gifted to him by Glamrock Freddy.

Not much is known about Gregory's background, but he is implied to be a homeless child. By the game's beginning, he managed to enter the recently-opened Freddy Fazbear's Mega PizzaPlex, only to be mysteriously pursured by its abrasive nightguard Vanessa.

Gregory managed to sneak into the chest hatch of the PizzaPlex's star animatronic Glamrock Freddy, who had experienced a malfunction (implicitly due to him detecting Gregory) during a show and was taken back to his showroom. After he tells him about his situation, Freddy agrees to help him escape the PizzaPlex, which has now closed for the night. He and Gregory fend off the now-hostile animatronics, as well as Vanessa, the S.T.A.F.F. Bots, and Vanny, a homicidal woman dressed in a bunny costume.

Eventually, after all the animatronic threats are eliminated, 6 AM comes and the PizzaPlex's doors are reopened. From this point, the game can diverge into multitude of endings: 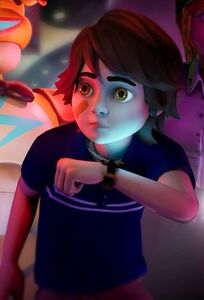 Gregory on the game's box art. 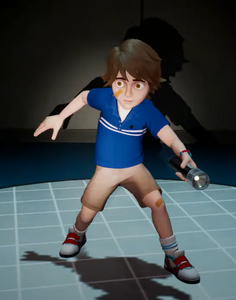 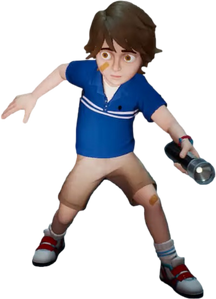 An image of Gregory. 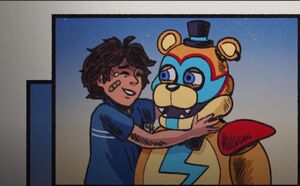 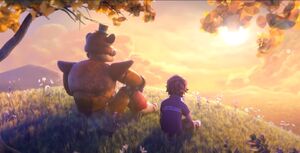 Gregory and Glamrock Freddy watching the sunsrise from a hill. 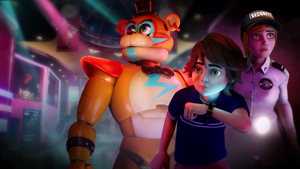 Gregory in the promotional poster. 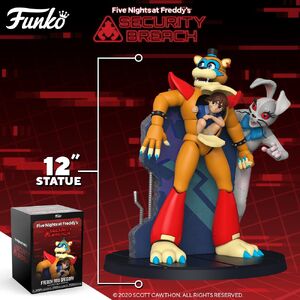 A promotional merchandise of Gregory, Glamrock Freddy, and Vanny. 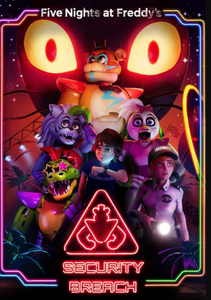 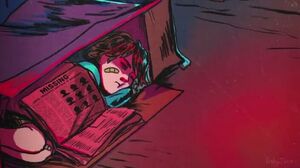 Gregory sleeping in a cardboard box. 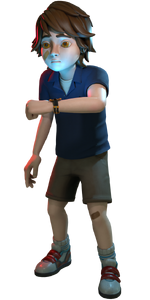