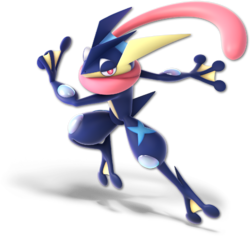 Greninja is the Ninja Pokémon from the sixth generation of the franchise. It evolves from Frogadier at Level 36, after evolving from Froakie at Level 16.

In the Pokémon games

Greninja has only appeared in one Pokémon generation, the sixth one. It cannot be caught in the wild, making it obligatory to evolve Frogadier or trade.

In the competitive Pokémon scene, Greninja is top tier thanks to its speed and its Hidden Ability Protean, which makes it change its own type to the attack it is using, giving its attacking moves a boost.

In the Pokémon anime

Ash's Frogadier evolved into a Greninja in the episode A Festival of Decisions!, and is able to change into a special form called Ash-Greninja, which is a result of the strong bond between it and Ash. Ash released Greninja so that that it can protect Kalos with help from Squishy and Z2, the two Zygarde. Sanpei also owns a Greninja.

Greninja transforms into Ash-Greninja when performing its final smash in Ultimate.

Greninja was fighting alongside lucario when Galeem attacked. Both were vaporized and imprisoned by Galeem. After Dharkon took over Greninja must be beaten to use against Dharkon and Galeem. 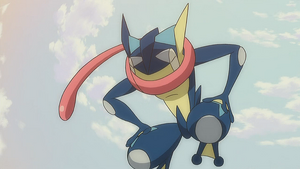 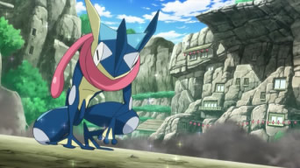 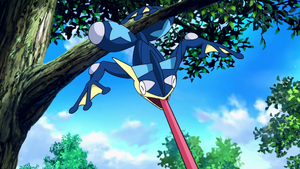 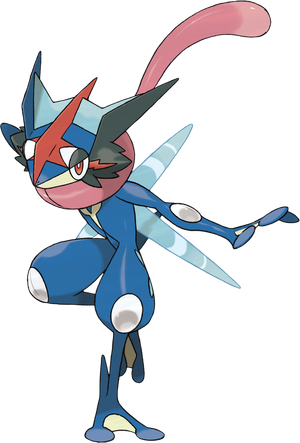 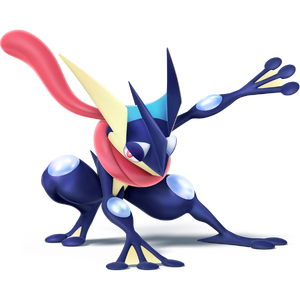 Greninja in Super Smash Bros.
150px-658Greninja Dream.png
Add a photo to this gallery

Retrieved from "https://hero.fandom.com/wiki/Greninja?oldid=1654719"
Community content is available under CC-BY-SA unless otherwise noted.