Gretchen Priscilla Grundler is one of the six main characters of Disney's Recess.

She is voiced by Ashley Johnson also voices Terra from Teen Titans and Gwen Tennyson from Ben 10: Alien Force.

Although she is very smart, she can also be sweet, and a bit naive. At times, she can easily fall for most of the crazy stories told on the playground, such as the outcomes of the Stinky Peterson fortune teller in "Gus's Fortune". She's also very unathletic, as shown in "Gretchen and the Secret of Yo". She's shown to be very skilled at yo-yos.

Gretchen is the smartest of the main kids in the show. In a few episodes, it's shown that she's smarter than almost everyone else in town, as shown in "A Genius Among Us", where it's established that she's smarter than most of the teachers. Gretchen is also somewhat of a "team mom" to the main six, usually to T.J. and Gus. She often argues with Vince, but appears to be very close to him as well, hinting that she may have feelings for him. Out of all the members of the main six, Gretchen usually hangs out with Spinelli.

She is one of the few kids on the playground to get along with one of the Ashleys, Ashley A., as seen in "Outcast Ashley", where Ashley A. is kicked out of the clique for forgetting a tradition in the group. When looking for friends, she decides to hang out with Gretchen. The two become friends for a while, until Ashley A. is welcomed back into the clique. Their friendship is seldom seen again.

One device Gretchen is usually seen with is her Gallileao, a small, handheld computer with a talking frog mascot. 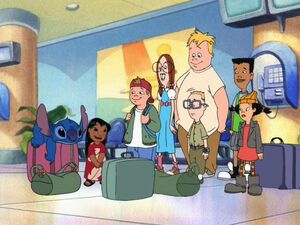 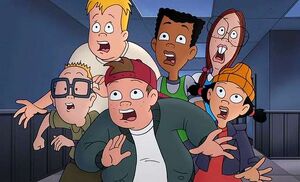