Galvan
One of Ben's Alien Forms/Alter-Egos

Grey Matter is one of Ben Tennyson's alien egos from the original Ben 10 Series.

He is the Omnitrix's DNA sample of a Galvan from the planet Galvan Prime.

In the original series, He is voiced by Richard Steven Horvitz who also voiced Billy, Daggett the Beaver, Lugosi, Zim and Alpha's 5 and 7, Carlos Alazraqui in Race Against Time and Eric Bauza in Omniverse.

He is a Galvan, a gray frog-like alien that is five inches tall. The Galvans are a highly intelligent race responsible for many of the technologies shown in the series, including the Omnitrix, the Null Void Projector, the Null Void, their planet, Galvan Mark II (since the Highbreed destroyed their original homeworld, Galvan Prime, in the "Alien Force" two-parter "War of the Worlds"), and the Galvanic Mechamorphs (Upgrade's species).

In A Small Problem, the Omnitrix malfunctioned, trapping Ben as Grey Matter for most of the episode as he was trying to escape Howell.

In Secrets, Grey Matter defeated one of Vilgax's drones before the malfunctioning Omnitrix turned him into Upgrade.

In Truth, Grey Matter defeated a Null Guardian and sent Phil to the Null Void.

In Grudge Match, Grey Matter disabled the alien prisoners' shock implants, looked for the escape pod controls and defeated some of Slix Vigma's drones with Kevin 11.

In Ultimate Weapon, Grey Matter snuck into a building and helped Gwen and Max to get in. He then opened a safe to retrieve the Mask of Ah Puch and escaped from Enoch and the Forever Knights.

In They Lurk Below, Grey Matter saved a drowning man from some sharks.

In Ghostfreaked Out, Grey Matter fought the Circus Freak Trio and hid from Zs'Skayr.

In Midnight Madness, Grey Matter was hypnotized into being Gwen's slave.

In The Unnaturals, Grey Matter stopped some thieves from stealing the Liberty Bell and won an MP3 player in a contest.

In Be Afraid of the Dark, Grey Matter evaded Zs'Skayr and Viktor, explained the former's plan to Max and Gwen, and built a Sun Gun.

In Perfect Day, Grey Matter defeated a mutated Cash and J.T. in a dream.

In Ben 10: Destroy All Aliens, Grey Matter escaped Retaliator and ran back to his house, where he was attacked by Carl and Sandra before the Omnitrix switched him into Diamondhead. 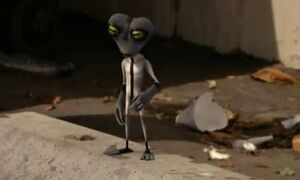 Grey Matter in Race Against Time 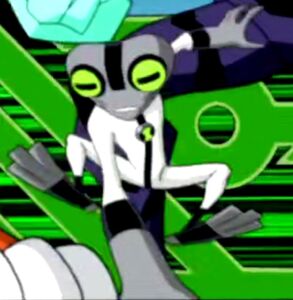 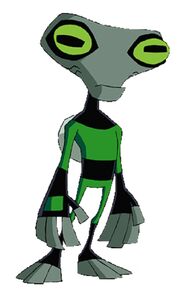 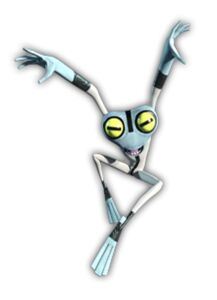 Grey Matter in Destroy All Aliens