Digimon
Greymon is the evolution form of Agumon. He can evolve to MetalGreymon.

Like his original counterpart, he is voiced by Chika Sakamoto in the Japanese version.

Taichi and Agumon refuse to give in, which triggers Agumon's evolution into Greymon. Greymon defeats the Champion level Argomon and the trains stops just before colliding. Soon after, Koshiro informs Taichi that more Argomon have taken control of United States Military's network systems, threatening the whole world, when he sees Yamato riding Garurumon atop a huge tower.

On their way there, they learn that one of the American nuclear submarines are hijacked and a nuclear missle is about to be launched. Greymon and Garurumon work together to defeat the Argomon leader but it evolves further. Yamato then comes with an idea to defeat it, but claims that it could put their Digimon at risk as well. Taichi convinces them that they must try it and they have both Greymon and Garurumon firing point blank at the enemy. However, the Argomon evolves even more and the missle is launched. Despite knowing from Koshiro that the missile's target is Tokyo, both Taichi and Yamato are willing to keep fighting, and when their younger siblings Hikari and Takeru come in contact with a mysterious power, both Greymon and Garurumon fuse into Omegamon. 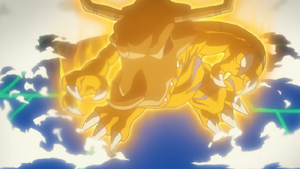 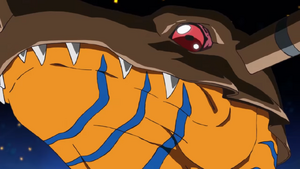 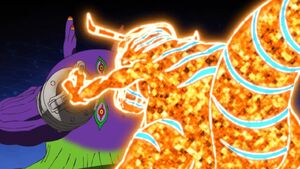 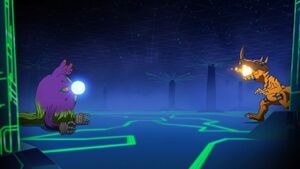 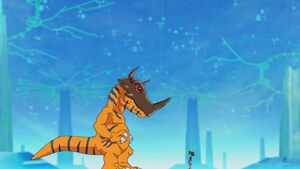 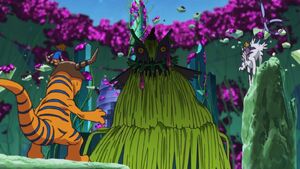 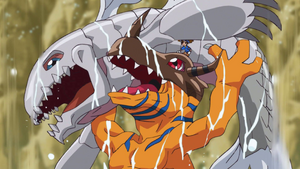 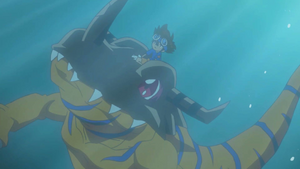 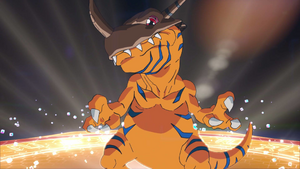 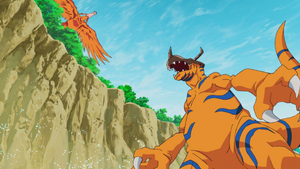 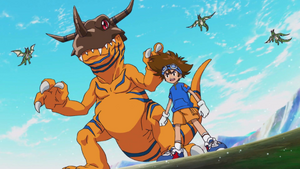 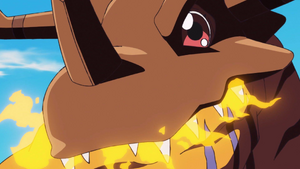 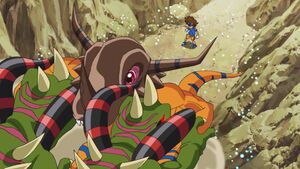 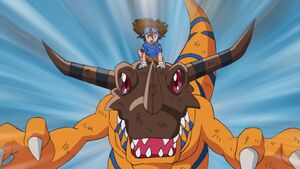 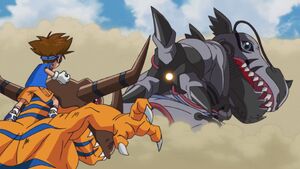 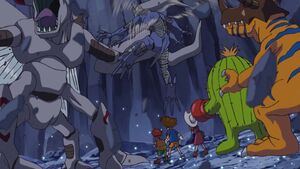 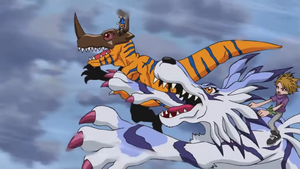 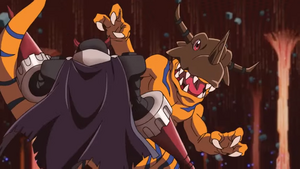 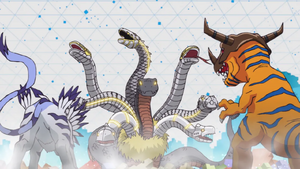 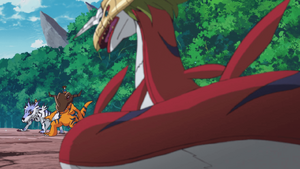 Retrieved from "https://hero.fandom.com/wiki/Greymon_(Adventure:)?oldid=2172210"
Community content is available under CC-BY-SA unless otherwise noted.