Playing with Kari and Tai (As Botamon/Koromon)

To Defeat Parrotmon
Protect Kari and Tai (all succeded)

Greymon is main hero of first part of Digimon: The Movie.

He was voiced by late Bob Papenbrook also voiced Kutal, Drimogemon and Daemon.

He resembles Tai's Greymon, but is bigger than any normal Greymon.

Four years before the original seven children's transportation into the DigiWorld, a Digi-Egg emerged from the Kamiya's computer, and hatched into a Botamon the next morning. Kari Kamiya managed to communicate musically with the Botamon using her whistle, and it accepted them as friends. After eating a bunch of candy bars, it Digivolved into a Koromon.

Able to speak now, Koromon constantly asks questions and eventually becomes friends with Tai and Kari. The following night, however, Koromon digivolves into Big Agumon and takes Kari for a ride. When Parrotmon hatches, Big Agumon digivolves into Red Greymon to battle him but comes close to losing. Tai manages to blow Kari's whistle to awaken him in time to defend against Parrotmon's attack. Red Greymon attacks with Nova Fire, and both Digimon are sent back to the Digital World. 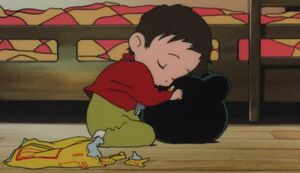 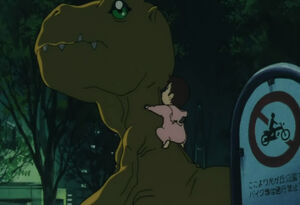 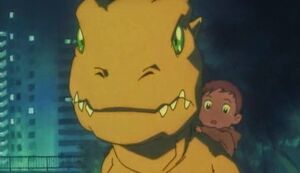 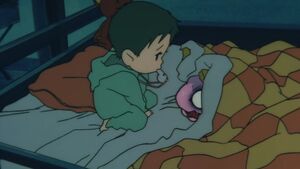 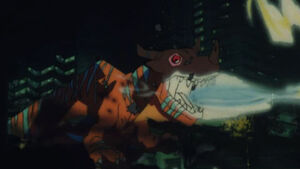 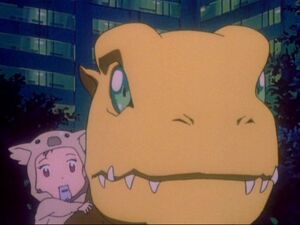 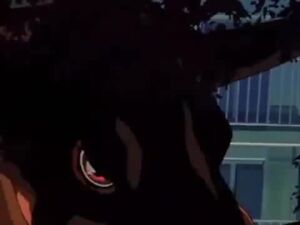 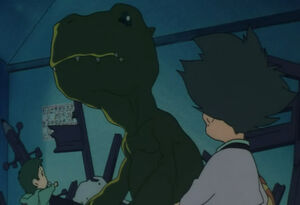 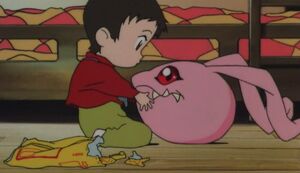 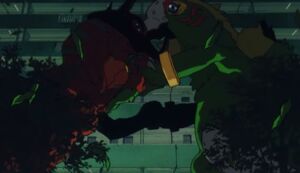 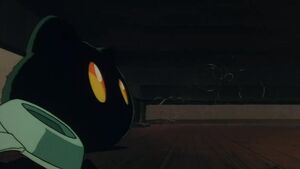 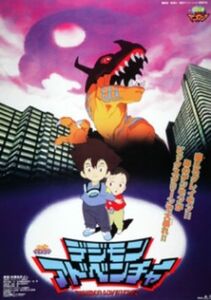 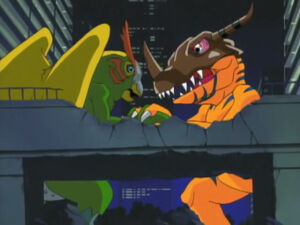 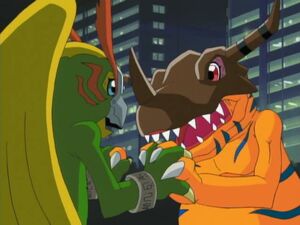 Retrieved from "https://hero.fandom.com/wiki/Greymon_(Digimon:_The_Movie)?oldid=1715863"
Community content is available under CC-BY-SA unless otherwise noted.