Groot (also known as the Monarch of Planet X) is a superhero that appears in comic books published by Marvel Comics. Created by the late Jack Kirby, the late Stan Lee, and Dick Ayers, the character first appeared in Tales to Astonish #13 (November 1960). An extraterrestrial, sentient tree-like creature, Groot originally appeared as an invader that intended to capture humans for experimentation.

The character was reconfigured into a heroic, noble being in 2006, and appeared in the crossover comic book storyline "Annihilation: Conquest". He went on to star in its spin-offseries, Guardians of the Galaxy, joining the team of the same name. Groot has been featured in a variety of associated Marvel merchandise, including a feature in the Ultimate Spider-Man series and also played a very brief role in the Uncanny X-Men series. animated television series, toys, and trading cards. Vin Diesel portrays Groot in the 2014 film Guardians of the Galaxy via voice acting and performance capture. 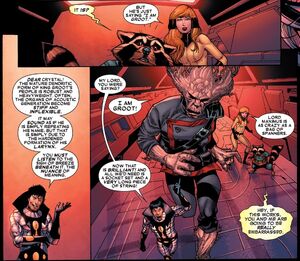 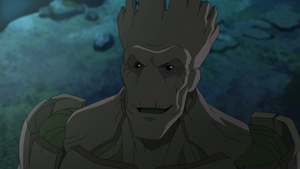 Groot in Guardians of the Galaxy (TV series) 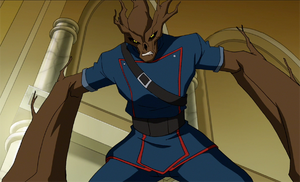 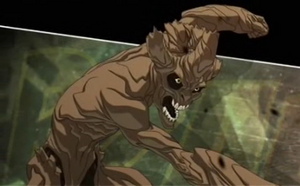 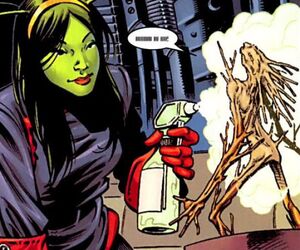 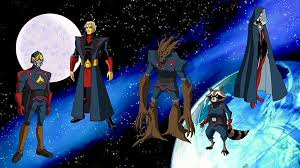 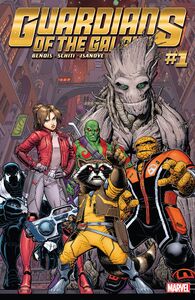 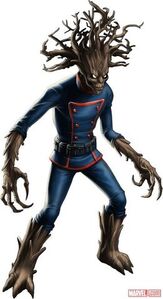 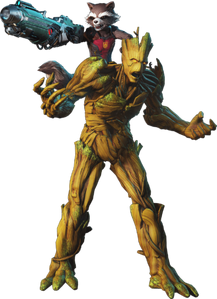 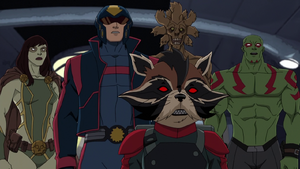 Add a photo to this gallery
Retrieved from "https://hero.fandom.com/wiki/Groot?oldid=1731182"
Community content is available under CC-BY-SA unless otherwise noted.