Grouchy Smurf is one of the main characters of The Smurfs franchise. He’s a misanthropic grouch of the Smurf village. His catchphrase is "I hate (something somebody else mentions)". Grouchy typically has a scowl on his face.

In the comics version, he was originally a normal Smurf, changed only when bitten by a Bzz fly in the comic story "The Black Smurfs" (adapted into English as "The Purple Smurfs"). In the cartoon version he seems to have always have been a sorehead, and was not THE smurf bitten by the Bzz fly. Despite his grouchy attitude, he has a soft spot for Baby Smurf and the Smurflings. In the movie, his bad attitude is implied to be from insecurity.

He is in love with Vexy in the secound movie. 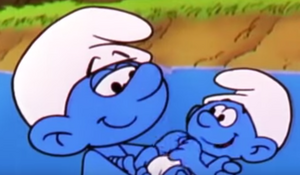 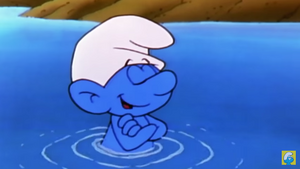 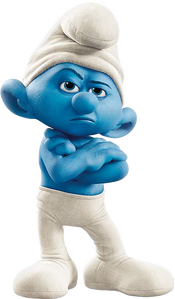