Tragic Warrior
Guan Xing (Chinese: 關興) is one of the minor protagonists in the 14th-century Chinese classic novel Romance of the Three Kingdoms by the late Luo Guanzhong, and its multiple adaptations. He is the second son of Guan Yu and a younger brother of Guan Ping.

Guan Xing trained early in the fields of martial arts and cavalry, he looks like for being very smart that similar to his family. At the time, Guan Xing alongside his father Guan Yu to helping defense of the Jing Province, Hou Yu rebelled against Wei in the capital and helped him defend the Wan Castle. In next year, he was sent to Chengdu to announce the victory of his father over Yu Jin's seven armies in the Fan Castle, Guan Yu fell on the spears of Fu Shiren and Mi Fang. Attempted retreating together with his armies, he agreed conserved them safe throughout everywhere else that wishing bad luck is Guan Yu and his son were then takes along decapitation by Lu Meng, who is a commanding strategist by remaining on services under supportive the armed forces to Wu for very much years.

After his family dies, Guan Xing prepares mourned them but he had enough to gained tragedy at be last. Aftermath, he later joined the vengeful expedition against the Wu. Guan Xing then took an oath of blood with Zhang Bao, they are later served under Liu Bei as a bodyguards. He greatly contributed to the victory over Sun Huan's forces, notably by killing Li Yi which finally maybe captured Tan Xiong, he certificate Zhang Bao perceive at ease which making him nimble. Three years later, he participated in the election campaign of Yiling and captured Fu Shiren and Mi Fang in the battle. When he entered the enemy line, Guan Xing eventually encountered his famous nemesis Pan Zhang. He could pursuing him which lost his away, Pan Zhang upset by forced into the house before his meeting Guan Xing.

Cheering up intaking, Guan Xing would confessing up to joined the teas with the old man by rare hours. At this time, Guan Yu's spirit was in handy up to daunting Pan Zhang, Guan Xing is prod radically to cut off Pan Zhang's head and bring it back to his father's major weapon, The Green Dragon Crescent Blade. Unfortunately he did not managed to get Red Hare because the horse was dead, supposedly because it did not want to eat after the death of Guan Yu. After getting an answer to them, Guan Xing will have to rush back to the military camp and accept his receipts, there is no need to force the enemy to continue the massacre again. But later on, Guan Xing accompanied Zhuge Liang in his northern campaign against Wei as a Guardian of the Right with the honorary title of General "Dragon Fier".

Until his chance, Zhuge Liang continued to fight against Wei and Guan Xing and Zhang Bao as opposed to Yue Ji and Chai Liji together, fleeing Sima Yi to Wugong Hills, pretending a massive attacked. Soon after, Guan Xing was active again in the northern countryside, Guan Xing knew that Zhang Bao was killed on the battlefield. But Guan Xing lost his promise and became lugubrious, it was for the next battle to be defeated and later died of illness.

Guan Xing was probably desperate for his family to against the enemy in Fan Castle. Guan Ping and Guan Yu were unfortunately killed by the Wu army during the battle, he and his brothers or sisters hurried to escaped after the death of their family. Since then, Guan Xing, Guan Suo, and Guan Yinping have felt remorse for their father's death and they must do it when discussing with Liu Bei, Liu Bei decided to avenge his sworn brother's death as well.

Before the Battle of Yiling, Guan Xing and Zhang Bao were training and they fought intermittently to avenge their father's death. At this point, Zhao Yun actually appeared behind them, trying to make the two stopped it right now. Guan Xing and Zhang Bao suspected that learning was simple instructions due to cultivated by Zhao Yun, Zhao Yun told them to followed him and join forces with Shu to resist Wu that so be it.

After Liu Bei's death, Guan Xing and Zhang Bao later served Zhuge Liang and continued to fight with the troops. During the Battle of Jieting, Guan Xing was able to fight Zhang He with Zhang Bao and save Ma Su immediately, Zhuge Liang should punish Ma Su at random after receiving the question. However, Zhang Bao dueled to the enemy in and was given death by Zhang He's forces, Guan Xing may also be dead in pre-legendary war, such as Wuzhang Plains.

A quiet and introspective youth, he is considered a genius worthy of Zhuge Liang's respect. In stark contrast to other family members, he tends to think more carefully.

Unlike his other brothers and sisters, Guan Xing is calm and persevering, but because of his introverted behavior, he is easy to be a baby, which he does not like. In order to prove himself on the battlefield, Guan Xing often clashes with his brother Zhang Bao, Zhang Bao feels that he is too inexperienced.

Feeling that compensation is needed, Guan Xing is unscrupulously trying to take on more responsibilities. In the end, he learned to share his burden with the comrades, and the two shared a closer connection. 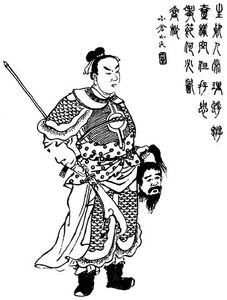 Guan Xing in Romance of the Three Kingdoms. 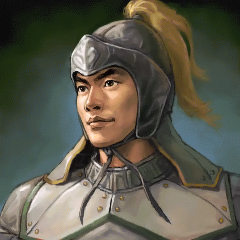 Guan Xing in Romance of the Three Kingdoms IX. 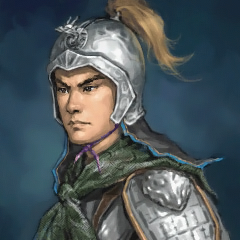 Guan Xing in Romance of the Three Kingdoms X. 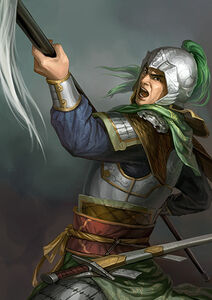 Guan Xing in Romance of the Three Kingdoms XII. 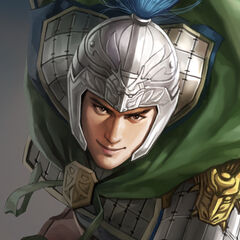 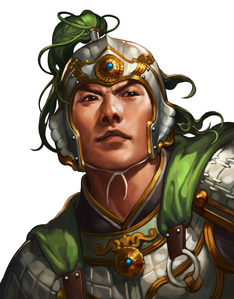 Guan Xing in Romance of the Three Kingdoms: The Legend of Cao Cao. 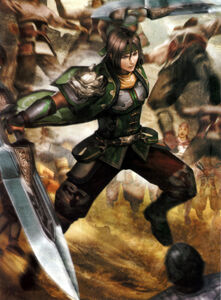 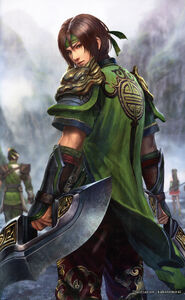 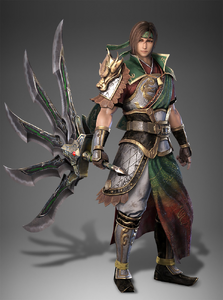 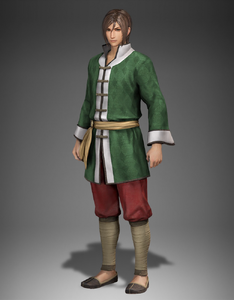 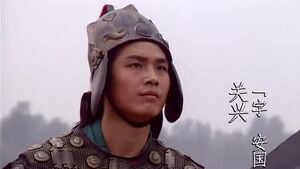 Guan Xing in Romance of the Three Kingdoms (1994). 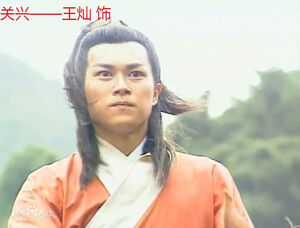 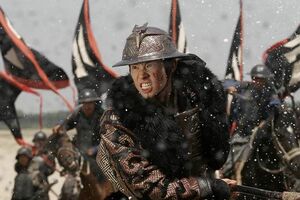 Guan Xing in Three Kingdoms: Resurrection of the Dragon. 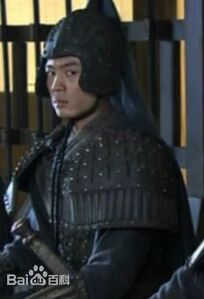 Guan Xing in Three Kingdoms (2010).
Add a photo to this gallery 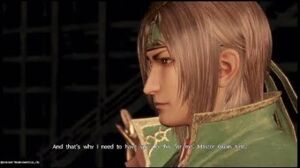 Retrieved from "https://hero.fandom.com/wiki/Guan_Xing?oldid=2131678"
Community content is available under CC-BY-SA unless otherwise noted.